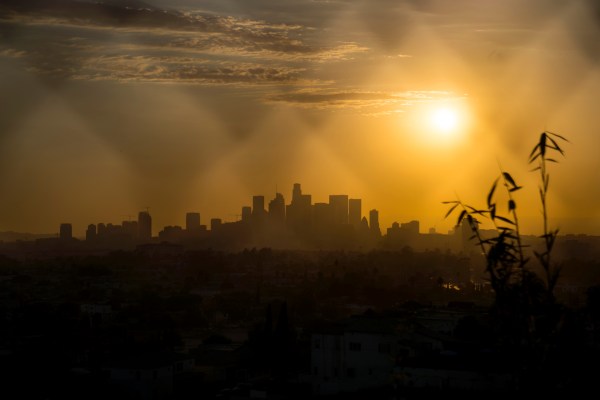 As a brutal heat wave cooks the West in the run-up to Labor Day, California’s power grid manager is calling on electric vehicle owners to avoid charging at peak times. The request is part of a broader effort to keep the state’s grid up and running, while locals crank their air conditioners to outlast a streak of blazing-hot days.

Through at least September 2, the California Independent System Operator (CAISO) is asking residents to conserve energy by “setting thermostats to 78 degrees or higher, if health permits, avoiding use of major appliances and turning off unnecessary lights” from 4 to 9 p.m. Pacific. “They should also avoid charging electric vehicles” during that time frame, added the nonprofit, which oversees California’s grid and energy market.

CAISO cautioned in a separate note that it may issue further calls to safeguard electricity “through the Labor Day weekend,” in response to triple-digit forecasts. The warning came as Gov. Gavin Newsom issued an emergency proclamation to increase energy production in the state.

The soaring temps and conservation requests come as California’s Air Resources Board clears the way to ban the sale of new gasoline-powered passenger cars. The graduated regulation won’t fully kick in for more than 12 years, but it sparked questions as to whether the state’s grid can reliably power millions of additional EVs by then, given California’s recent history of summer blackouts. Across the U.S., the rise of EVs demands serious investments from utilities and grid operators to boost capacity.

The clock is ticking, but the regulation is seen by climate experts as a crucial step for California, and the other states that may follow its lead, to slash the greenhouse gas emissions that are making heat waves ever worse and more frequent. Gas-powered passenger vehicles and light-duty trucks make up more than half of U.S. transportation emissions, according to the Environmental Protection Agency.

“For the fifth largest economy to declare such a thing by 2035 is properly aggressive,” Dr. William Collins, the director of Berkeley Lab’s Climate and Ecosystem Sciences Division and Carbon Negative Initiative, told TechCrunch after the board approved the regulation.

Dr. Anne Lusk, a researcher and teacher at Harvard’s School of Public Health, also said the timing was right in a call this week with TechCrunch.

“For the issue of mobile source air pollution, we need the policy immediately,” she said. Yet, because of other issues like range anxiety and income inequality, “I think 2035 is right,” she clarified, citing the time needed for automakers to release more affordable EVs, for more used EVs to hit secondary markets and for the U.S. to shore up its charging infrastructure. To that point: A recent J.D. Power survey spotlighted poorly maintained chargers and high prices as two key obstacles to EV adoption.

Crucially, the 2035 ban includes an exception for new plug-in hybrids. It also does not prohibit the sale of used gas-powered vehicles, nor does it forbid them from roads.

In the meantime, it’s hot as hell and only getting hotter. California maintains a list of cooling centers and tips for residents who are suffering from extreme heat, which is the deadliest form of extreme weather in the U.S., per the National Weather Service.