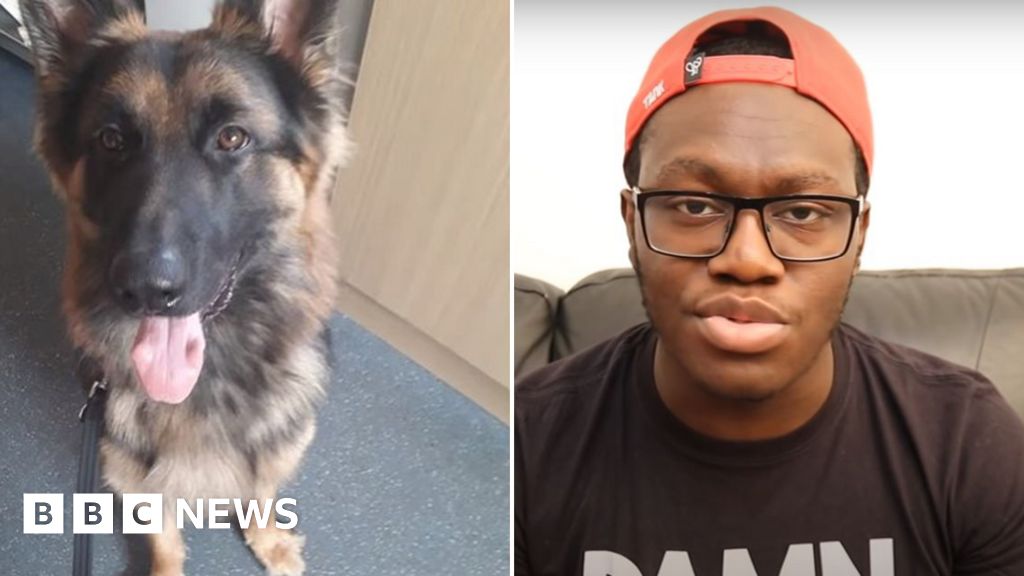 A YouTube star has lost his appeal against a court order for his German Shepherd to be destroyed after it seriously injured a woman.

Deji Olatunji, who has nearly 10 million subscribers, tried to restrain the dog after it bit the woman when his mother let it out on 23 July 2018.

Deji was fined and his mother was ordered to pay the victim compensation in December 2019.

The Court of Appeal rejected his appeal for Tank to be spared on Tuesday.

Deji, who has used the pseudonym ComedyShortsGamer and posts videos of pranks and gaming, has 2.4 million followers on Instagram and is the younger brother of fellow YouTuber KSI.

In a YouTube video uploaded on 25 July, Deji of Holme near Peterborough, said he believed he would lose his appeal, which he described as “disgusting” and “unfair”.

A dog behaviour assessor recruited by his legal team had “pulled out before the court appearance”, he said.

He had previously uploaded videos apologising for Tank’s behaviour and pleading for it to be reprieved.

During the trial in 2019, Cambridge Crown Court heard the then 13-month-old German Shepherd bit the woman twice after Deji’s mother let it out.

Judge David Farrell said CCTV footage showed the dog was “completely out of control”, it gave the woman “very nasty injuries” and he ordered its destruction.

Olayinka Olatunji, also of Holme, and her son were ordered to pay fines, kennel costs and compensation, totalling more than £18,000.

In the 12-minute video, which has had more than 720,000 views, her son said he had not been allowed to see Tank for two years and he rejected assessments to be seen by the Appeal Court describing it as aggressive.