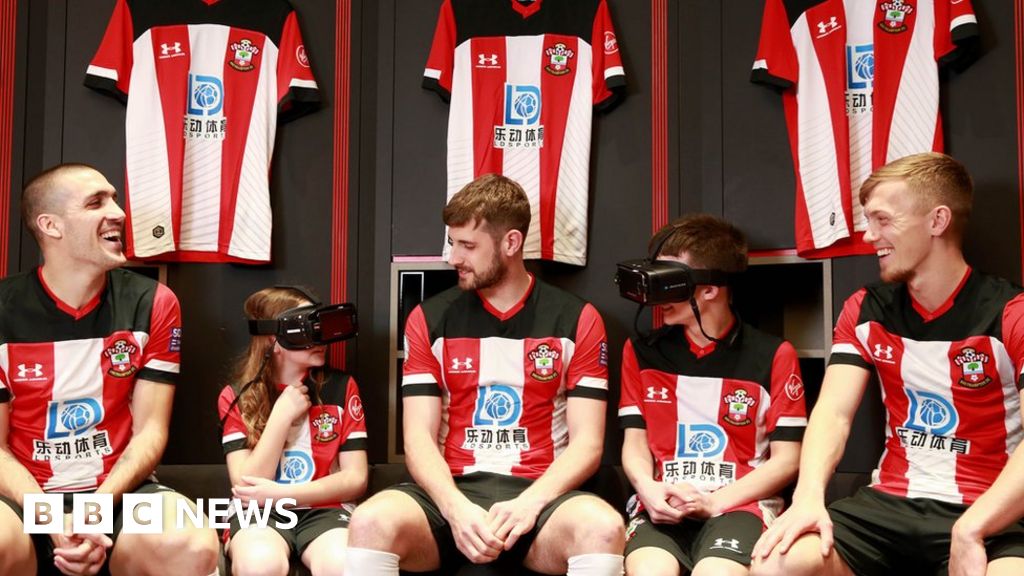 Two young football fans with visual impairments have been given special headsets by their favourite club to help them watch TV and matches.

Southampton FC had planned to present Joshua, 14, and Florence, 10, with the equipment at their next home match.

After all football was postponed, the headsets were instead posted to them with a video from James Ward-Prowse.

The headsets mean Florence can sit with her parents on the couch when watching TV.

The IrisVision devices work by magnifying whatever the wearer looks at and clearly displaying the image in front of their eyes on a large screen.

It is also hoped the devices will help both youngsters with spatial awareness.

Joshua and Florence were identified by the club’s charity, Saints Foundation, and invited to try the equipment at St Mary’s stadium in March, shortly before the government imposed social distancing rules.

They were joined by Ward-Prowse and his fellow players Jack Stephens and Oriol Romeu who talked to them about living with their conditions.

Florence, who has tunnel vision, said the gift was “amazing” and added: “I couldn’t believe it when I saw the players for the first time with my new glasses on.”

Her mother, Pip Davies, said: “I think it will open up a new world for her.

“Florence has never particularly been able to sit on the couch with us at home and watch TV – so that would be lovely, to have that as a first.”

Joshua said: “It was incredible meeting the players and to be given these glasses which will mean I can now watch the Saints play in a way I’ve never experienced before.”

The club’s sponsor Virgin Media, which worked with the club and company VisionAid Technologies to provide the equipment, said it hoped the technology will be “life-changing” and help the pair with their learning during lockdown, as well as watching football.