What happened after one man compared Saudi Arabia to Islamic State 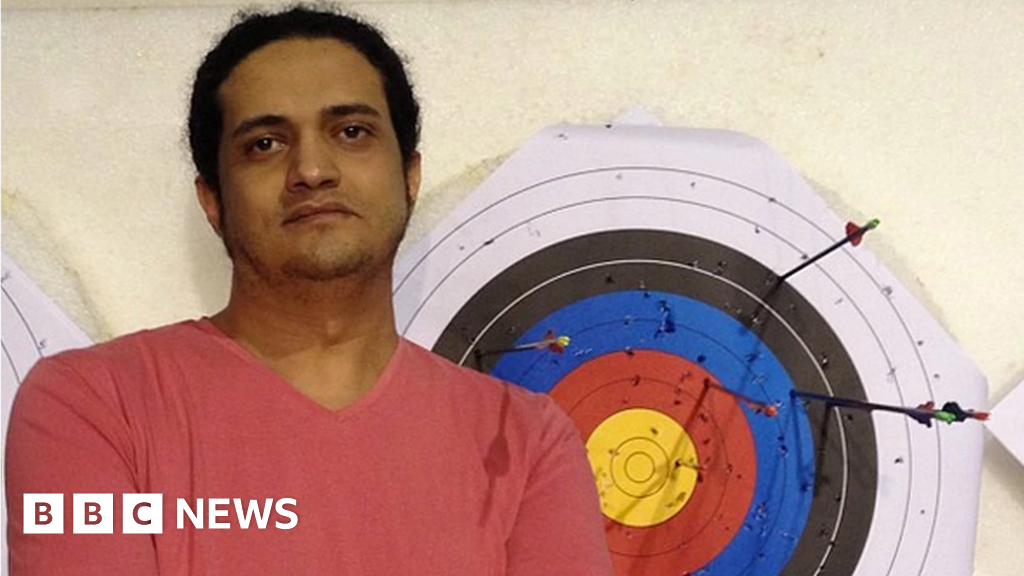 Thousands are tweeting the challenging message “Sue Me Saudi” to compare the human rights situation in Saudi Arabia to that under so-called Islamic State. It’s a reference to an unconfirmed newspaper report that said the Saudi Justice Ministry was threatening legal action after someone made the comparison – although it’s not clear that the ministry actually made the threat.

The trend began with a tweet about Ashraf Fayadh, a 35-year-old poet who is on death row in Saudi Arabia. Fayadh was sentenced to death last month for apostasy and has also been charged with various blasphemy-related offences, such as promoting atheism and mocking verses of the Koran in public – allegations he has denied. Leaving Islam is a crime punishable by death by beheading in Saudi Arabia.

Fayadh’s case prompted one Twitter user – a prominent Saudi writer and advocate of religious reform – to compare Saudi Arabia to the so-called Islamic State, which regularly performs gruesome executions. The Saudi authorities have executed at least 151 people this year, according to Amnesty International, and recent newspaper reports indicated that a mass execution of at least 50 others would happen soon.

What happened next is unclear: according to a report citing an unnamed source in Al Riyadh newspaper, the Saudi Justice Ministry is considering suing the author for making the comparison to IS. But it’s not clear this threat was actually made: there has been no official statement about the incident and the Saudi embassy in London refused to comment to BBC Trending.

Still, the report provoked a backlash online, and in English more than 11,000 people tweeted the hashtag “Sue me Saudi” in protest, challenging the authorities to take legal action against them for making similar comparisons. “Beheading poets because they criticise a regime puts that regime on the same level as Daesh [IS]”, one tweet read. Another directly addressed the Saudi authorities: “Your regime is barbaric. Beheading is never justified. The idea of your chairing the UN Human Rights Council is a sick joke.” The last comment is a reference to the appointment of a Saudi ambassador as chair of a panel of experts on the council.

Join the conversation on this and other stories here.

Others questioned the Saudi judiciary. “I doubt fairness and justice of Kingdom’s judicial system and doubt whether it can or will guarantee rights and ensure human dignity”, one tweet reads. Others slammed the country for denying its citizens basic freedoms.

Next story: Celebrating St Andrew’s Day – with the Romanian flag

Scottish Facebook users responded with a mix of bafflement and outrage when the social network apparently suggested people celebrate St Andrew’s Day – with the flag of Romania. But an option featuring the saltire, Scotland’s national flag, does now appear to be available READ MORE