What exactly is a ‘Karen’ and where did the meme come from? 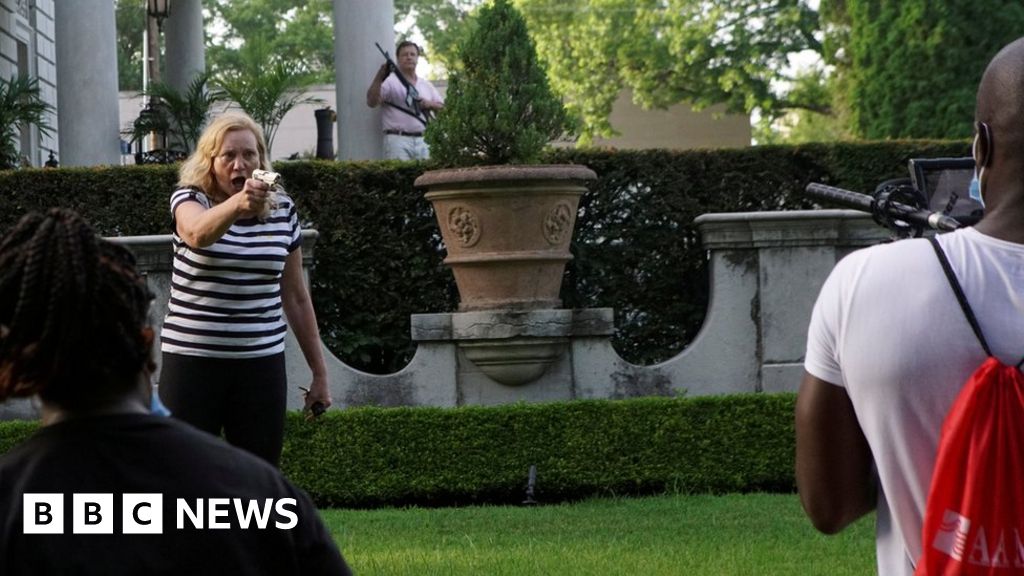 Earlier this week Domino’s Pizza had to issue an apology over a promotion it ran in Australia and New Zealand, offering free pizza to “nice Karens”.

The company didn’t pick out the name Karen at random. “Karen” has, in recent years, become a widespread meme referencing a specific type of middle-class white woman, who exhibits behaviours that stem from privilege.

To give some examples, “Karen” is associated with the kind of person who demands to “speak to the manager” in order to belittle service industry workers, is anti-vaccination, and carries out racist micro-aggressions, such as asking to touch black people’s hair.

But a predominant feature of the “Karen” stereotype is that they weaponise their relative privilege against people of colour – for example, when making police complaints against black people for minor infringements.

And in recent months, the meme has evolved into something new: Coronavirus Karen. This particular form of Karen refuses to wear a face covering in shops, won’t stick to quarantine, and thinks the whole pandemic thing is overblown.

But as the meme has become increasingly mainstream, some have argued that it’s sexist and ageist.

Where did the meme come from?

Although its exact origins are uncertain, the meme became popular a few years ago as a way for people of colour, particularly black Americans, to satirise the class-based and racially charged hostility they often face.

Over the last decade, as it became easier to film confrontations on our smartphones, incidents started to be captured on camera and uploaded to social media with far greater ease – a woman calling the police when a black eight-year-old child was selling water without a permit, for example.

When these videos inevitably went viral, people online would assign the perpetrators commonplace names that chimed with the situation.

The woman who complained about the young water-seller was dubbed “Permit Patty”. Another woman who called the police when a black family was having a barbecue was named “BBQ Becky“. And a white woman who called 911 on a black dad at a football match, while sitting in a golf cart, was called “Golfcart Gail”.

This trend properly broke through in 2018, and eventually all of these names became distilled into one or two of the most popular – including Karen.

It also became synonymous with a particular type of hairstyle – specifically, the short, choppy cut sported by US reality TV personality Kate Gosselin in 2010. (Gosselin has since changed her hairstyle.)

And in recent months a male version of the Karen meme has emerged, although it is less widely used: Ken. In June, when wealthy couple Patricia and Mark McCloskey were pictured pointing guns at protesters passing by their home in St Louis, Missouri, they were widely dubbed “Karen and Ken”.

What is a ‘Coronavirus Karen’?

The wearing of face coverings in this pandemic has been extremely politically charged in the US, with some insisting mandatory usage is an affront to personal liberty.

Since the coronavirus arrived in the country, videos have periodically gone viral on social media of people refusing to wear face coverings in stores and restaurants, often berating service staff.

Aggressively refusing to wear a face covering to help protect others from the virus has been seen as a new iteration of the stereotype of the entitled Karen who harasses service industry workers. Similarly, people who share coronavirus disinformation and conspiracy theories on social media are called Karens, too.

In the US, as in the UK, Covid-19 has become a racially charged issue as well. The pandemic disproportionately affects people from black and other ethnic minority backgrounds.

The refusal of some people to acknowledge the risks associated with the virus, and to be shielded from these risks by their white privilege, has also been seen as “Karen” behaviour.

What about racism and Black Lives Matter?

On Memorial Day this year, 25 May, black birder Christian Cooper was walking in Central Park, New York, when he ran into a woman called Amy Cooper (no relation), who had let her dog off the lead in a leash-only area of the park.

He asked her to put her dog back on the lead. Her response was to call 911 and, in histrionic tones, tell operators that “there’s an African-American man threatening my life”. The entire exchange was filmed, uploaded to social media, and Ms Cooper was from then on known as “Central Park Karen”.

George Floyd was killed by police officers in Minneapolis that same day, just hours after the Central Park incident – meaning people began linking the racism of “Karens” such as Amy Cooper to the wider issue of systemic racism and police brutality.

Is the Karen meme sexist?

In April, British feminist Julie Bindel tweeted: “Does anyone else think the ‘Karen’ slur is woman-hating and based on class prejudice?”

This is an argument that has been repeated in recent months, as the meme has become more mainstream. Some people responded to Bindel’s tweet agreeing with her summary. Even British supermarket Sainsbury’s has had a run-in with the meme.

However, people who use the term “Karen” say that it is not simply a catch-all for all middle-aged white women – and is, rather, dependent on a person’s behaviour.

For example, writer Karen Geier – a Karen in the traditional sense – responded to Bindel: “As the only Karen replying to you: No. If you have a problem being called ‘a Karen’ then don’t be one? I don’t call the police on people or ask to speak to the manager. Very simple!”

So, when is a Karen not a Karen?

The Wall of Moms bloc in the current protest movement in Portland, Oregon is a good example of mainly middle-class, middle-aged white women explicitly not being Karens. Instead, the Wall of Moms are seeing as using their privilege to protest against the very same systemic racism and classism that Karens actively seek to exploit.