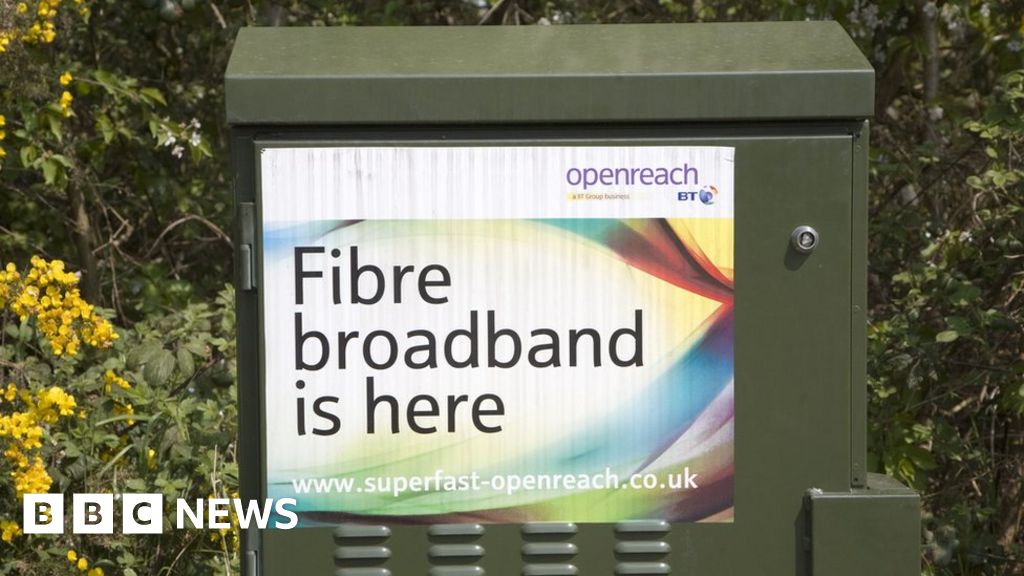 The annual home broadband report says the average home speed is now 64 megabits per second (Mbps), up from 54.2Mbps the year before.

The 18% boost is in line with growth in previous years.

Data for the report was gathered in November 2019, but updated with changes during the coronavirus lockdown, when speeds fell by 2%.

Ofcom says the small decrease shows that performance “is holding up well” during the pandemic, despite the increased demand.

The government began to ask people to stay at home on 16 March, so the speeds from the last week of March were compared to the beginning of the month.

Virgin Media was the worst affected, with speed dipping by nearly 10% at one point – although the report noted that since Virgin has higher speeds than most providers, customers were unlikely to have noticed.

The Ofcom report is compiled from a panel of volunteers who have the speeds measured from their routers, and is considered to be a very accurate way of measuring the data.

The main body of the report, which covers the data from 2019, found that nearly three-quarters of UK homes have what Ofcom considers “superfast” broadband packages of 30Mpbs or higher.

Real-world connection speeds are slightly lower, with 69% of people achieving 30Mbps or more. That includes the 17% of homes on 100mbps or higher, and 3% achieve more than 300 mbps.

Those numbers all refer to the proportion of people who are actually getting those speeds – not how widely available they are. The speeds and packages available to homes still depend on their physical address.

Rural broadband, for example, broadly remains slower than the same technology in urban areas. Old-style ADSL (Asymmetric digital subscriber line) connections over copper wire, for example, are 36% higher in cities than outside them. But the gap between rural and urban connections is narrowing, the report found.

Ofcom also launched a separate report on the same day on broadband availability – what is offered to homes, rather than what speeds are actually achieved.

Full-fibre broadband is up by a fifth since last year, but is still only accessible to 12% of homes. Ultrafast broadband availability (300mpbs or higher) crept upward by 2% to 55% of households.