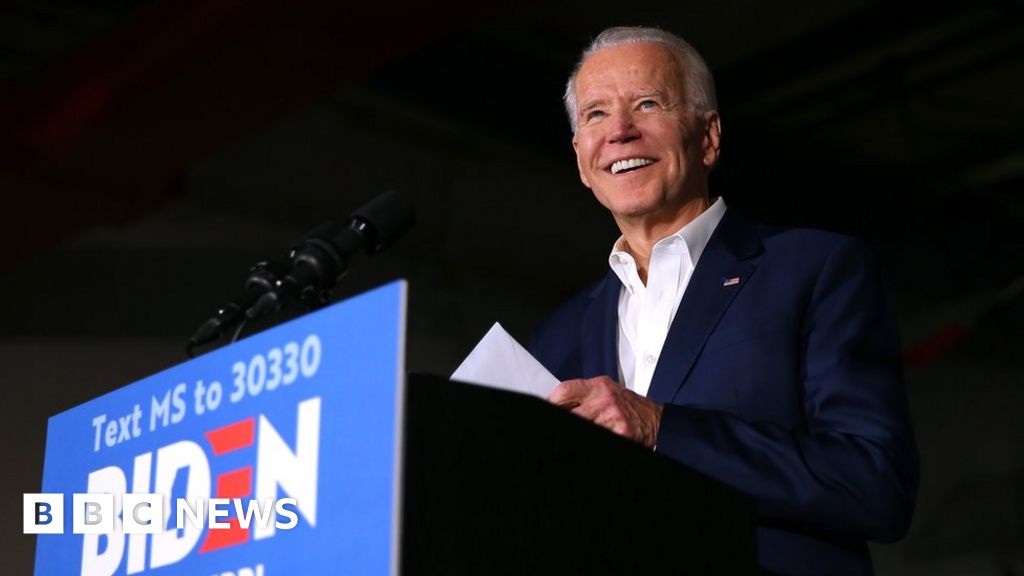 Twitter has used its new “manipulated media” tag for the first time on an edited video of a speech by Joe Biden.

The tag, introduced on 5 March, tells readers when a picture or video has been “significantly altered or fabricated”.

The footage of Mr Biden, which was posted by Dan Scavino, White House director of social media, claimed to show the democratic candidate calling for people to vote for President Trump.

The video was shared by Mr Trump twice.

The clip appeared to show Mr Biden, a leading candidate for the Democratic presidential nomination, telling a crowd in Kansas City: “We can only re-elect Donald Trump.”

However, it had been edited to remove key parts of the sentence.

Mr Biden actually said: “We can only re-elect Donald Trump if in fact we get engaged in this circular firing squad here. It’s got to be a positive campaign.”

Mr Scavino shared the video in a tweet on Saturday. The president then re-tweeted it, telling his followers: “I agree with Joe!”

However, the social media giant has been criticised for taking at least 18 hours to place a manipulated tweet tag on Mr Scavino’s post.

In that time, over five million people had viewed the video on the site alone.

The tag also failed to appear when people searched for the tweet. Twitter’s spokeswoman Katie Rosborough told the Washington Post that the tag was appearing in individuals’ timelines and the company was working on a fix.

Mr Scavino has defended the video, claiming it was not manipulated. He has also shared tweets defending him that allege the video was “clipped, not edited” and “simply shortened”.

What are the new rules?