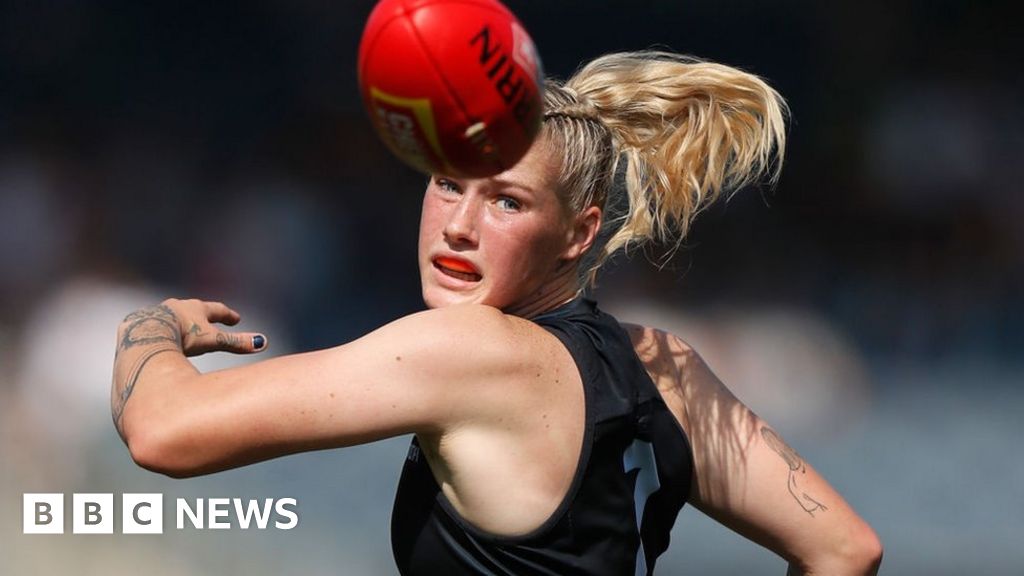 An Australian newspaper says sexist remarks have forced it to remove the comments section from its coverage of women’s Australian rules football.

The Herald Sun said it had decided to shut off the comments following appeals from players, commentators and fans.

One story had received almost 300 comments of a “sexist tone”, it said.

On Thursday, an article in the Herald Sun explained why comments had been removed from articles about women’s Australian rules football (AFLW).

Herald Sun head of sport Matt Kitchin said: “The least offensive of the comments runs to the tune of ‘get back in the kitchen’ and the worst cannot be repeated they are so objectionable.

“Players, commentators, fans and clubs have all appealed to the Herald Sun to shut off the comments. And we’ve heard them.”

The move comes two weeks after Harris, a football player for Carlton, offered to give up her wage in order for the AFL to employ someone to monitor online bullying.

“God damn I’ll give up my AFLW wage to employ someone to monitor this, public bullying is a ripple effect to young people in schools and communities that lead to mental health issues and suicide,” she wrote on Twitter.

She called on the sports governing body the AFL to “be a leader in this space”.

“Ignoring these comments is not a solution. Fight back,” she urged.

How about @AFL (+ other) pages start actually blocking people who comment discriminative, racist, homophobic, sexist etc comments. If you can’t control your urge to bully and harass you don’t deserve the privilege to share your unwarrneted opinion. 1/2

Last year Harris was targeted with derogatory comments underneath a picture of her playing for the Carlton Blues posted on social media.

The controversy also led to questions about how media companies handle abusive comments after Channel Seven deleted the picture from its website in an effort to combat the trolling. The company reposted the photo after a backlash.

A number of Australian sportswomen have supported Harris, including former Olympic cycling champion Anna Meares. Campaigners have also backed her, including Patty Kinnersly, head of Our Watch, which aims to tackle Australia’s high rates of violence against women.

The AFLW professional league was launched in 2017, drawing sell-out crowds and TV ratings in a country that lives and breathes sport.

At the time, the Herald Sun wrote: “Footy’s new female formula has a very big future.”