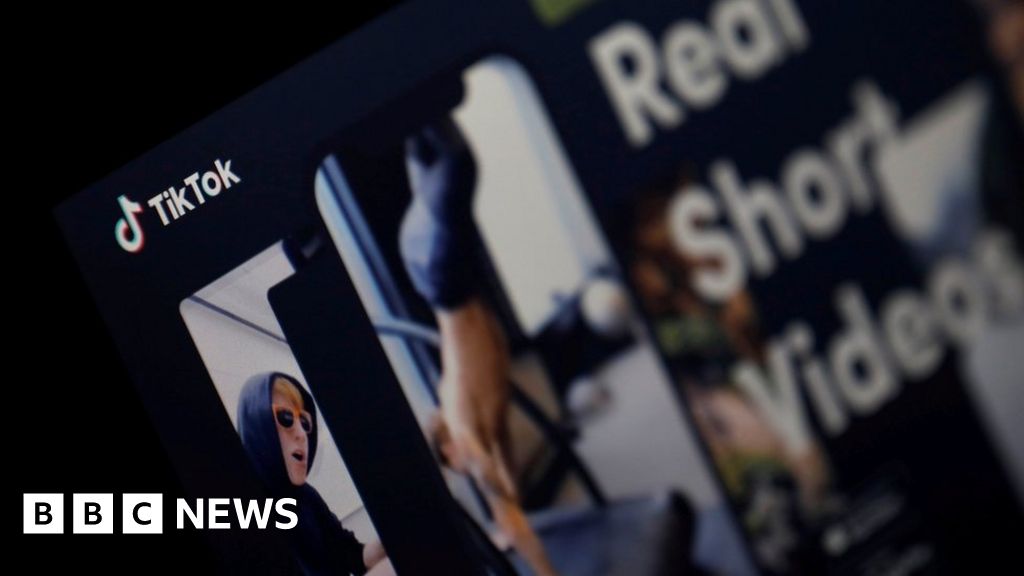 It’s been a busy few weeks for wildly popular video app TikTok, culminating in President Donald Trump saying he could ban the app in the US.

Some users – including those with millions of subscribers – are worried.

‘Fun while it lasted’

On the app itself, TikTokers are mostly treating the drama with the community’s trademark humour.

One of the top videos marked #SaveTikTok is a father doing a martial arts kick that magically changes his clothes, showing him getting ready “to deal with” the people trying to ban the app.

Another is a joke election ad for Mr Trump’s rival Joe Biden, promising the “kids” that “if you vote for me, you can keep your tickety-tock”.

But others are genuinely worried, and have started trying to send their viewers to other platforms, just in case.

Popular creator Isabella Avila – who goes by onlyjaysus – told her followers: “Back when this was trending a couple of weeks ago, I genuinely didn’t think it was going to be banned.”

Now she has urged her eight million subscribers to “go ahead and follow all my other socials because I post there a lot”.

Another TikTok creator, Erinsamjo, pointed her 909,000 followers to Instagram. “I’m going to continue to post, I just wanted to express how thankful I am for the people who were here – just in case I didn’t get another chance,” she said.

Some users have been recommending other short-form video apps such as Byte – the spiritual successor to once-popular Vine. It was released at the start of 2020, but has seen a sudden surge of downloads on app stores.

The same is true of TikTok rivals Dubsmash, Likee and Triller – though many videos appearing on all these apps are pulled straight from TikTok, including the watermark.

Some users have been worried for weeks.

Ty Gibson, a popular TikTok creator, posted an “early farewell” thanking his fans on 9 July, as a glitch caused view counts to vanish, prompting fears the ban was already in progress.

The confusion has been widespread.

Melissa Ong – who goes by chunkysdead, and has 2.1 million followers – posted a message with her Instagram, YouTube, and Twitter handles, saying “it was fun while it lasted”.

But then a day later, she posted a video of herself in clown makeup as she listened to TikTok’s US chief saying it wasn’t going anywhere.

Others have been much more sceptical.

“Can he really do it?” Laura Lee Watts asked of President Trump’s apparent threat.

“He could probably ban TikTok from government-issued devices, which they’ve already been trying to do in Congress. So that’ll probably happen. As far as us civilians… he’s not a dictator.”

And some saw the lighter side of the whole thing.

“Did gen Z really just bully the president into banning an app? Like, did we actually?” asked Ryan Dailey, referring to a popular theory that Mr Trump dislikes TikTok following reports that its users sabotaged one of his political rallies.

But others looked abroad, and saw how easy it was for TikTok to vanish in India and Hong Kong.

In late June, Indian TikTok users said goodbye – and meant it. The app was banned there on national security grounds amid political tension over clashes on the border with China.

A week later, Bryanboycom gave US TikTok users a walkthrough of what a shutdown looks like, after it was shuttered in Hong Kong in the wake of a new security law.

Taking a leaf out of tactics often used in countries with banned apps, many TikTokers tried to explain how VPNs – virtual private networks – can be used to get around controls, recommending specific services.

But amid all the rumours, fears, jokes and false info, those who had built audiences and whole careers on the platform had one overriding call – #SaveTikTok.

Last month, Michael Le recorded a simple message: “2020 has had so many tragedies, and TikTok has been one of the most positive outlets for us all.

“It’s built so many careers, including mine – and it’s been able to give me the opportunity to support my family, to have a voice, and to bring joy to my fans.”