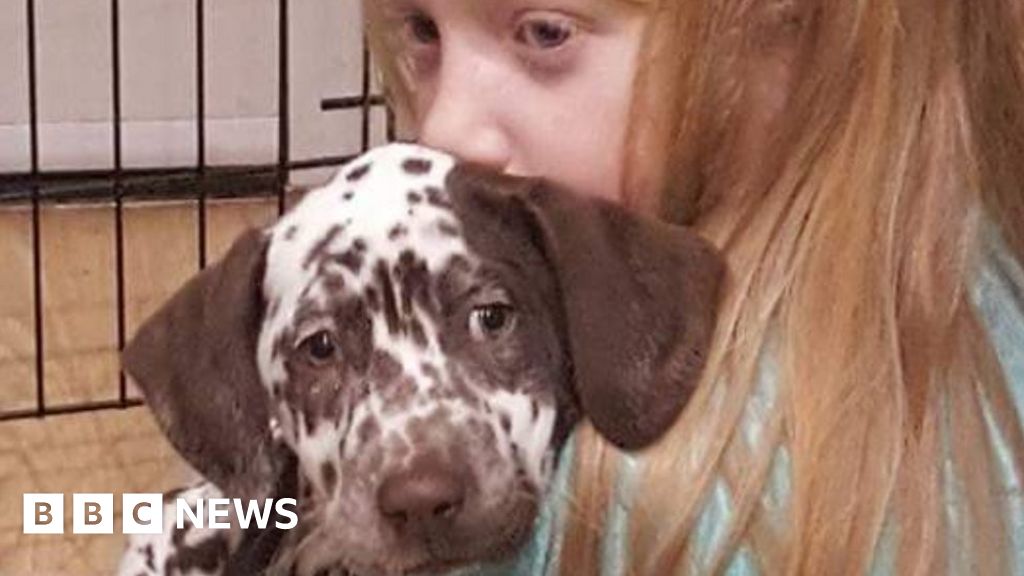 A therapy dog that was stolen from a 12-year-old girl with autism has been found dead.

Three-year-old Dalmatian Lottie was taken from the home of Chloe Hopkins in Peatling Parva, Leicestershire, in early December.

An appeal to find Lottie was widely shared on social media and was backed by TV presenter Chris Packham.

Chloe’s mother, Gemma Hopkins, posted on a Facebook page about the appeal that Lottie’s body had been found.

She told the BBC the family were given the news in a phone call on Sunday after Lottie’s microchip was scanned by a vet.

She said they were awaiting further information on the circumstances of their pet’s death.

Lottie – who required specialist food for a liver condition – vanished on 1 December when thieves broke into the family home.

Following the theft, Mrs Hopkins described Lottie as her daughter’s “best friend”, saying she helped to keep her calm.

Updating the appeal page on the unhappy conclusion, she said: “Having to identify her was the hardest thing I’ve done. I’ve now got to break my 12-year-old’s heart tonight.

“We never wanted this ending. We kept hopeful. Goodbye my crazy bunch of spots.”

She told the BBC her daughter had since been given the bad news.

Hundreds of people have been sharing their condolences on social media in response to the announcement.

Leicestershire Police has been contacted for information.