‘The phone slipped into the bath’: Conference call tales 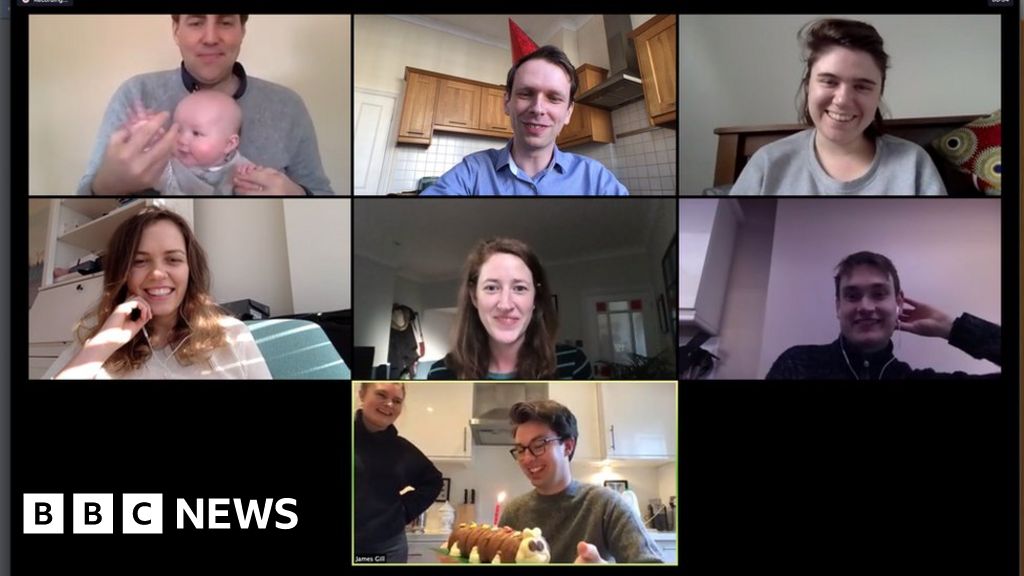 “I was on a call last week and a colleague’s half-naked boyfriend walked behind her,” recalls communications consultant Jason Nisse.

His experience illustrates the pitfalls of videoconferencing, a technology that thousands of workers are getting used to as they attempt to work from home.

In one (genuine) email doing the rounds, a financial services worker is told: “Your screen is visible and we can all see you watching in between enquiries.”

For many of us, this means getting to grips with a whole new way of working.

Can everybody hear me?

Line quality, technology problems and of course user ineptitude add kerfuffle to meetings. Making sure everyone understands how the technology works can save a huge amount of time when it comes to the meeting going live.

Some bosses have also realised that conference calls show just how meetings are populated with staff who don’t really need to be there. Cutting down the number of people involved also cuts down on the amount of unwanted noise.

Heavy breathing, sniffing, coughing, dogs and doorbells can all be dispatched by shutting off the microphone with the mute button.

Even without video, conference calls can be revealing.

“I remember a client was on a call while in the bath, and you could hear splashing and the tap running. He then realised the microphone was on and the phone slipped into the bath. Gurgle gurgle gurgle. He jumped out the bath to get another phone, slid and fell down the stairs,” recalls Neil Henderson from Zurich Insurance.

Calls need a host, someone capable of bringing the call back on track, when the discussion turns to securing supplies of toilet paper. Steve Parks from the digital agency Convivio says that person should treat the call like presenting a radio phone-in. “They’re in charge of timing, spreading discussion between ‘guests’, bringing in audience questions, keeping pace and energy,” he says.

TV and radio producers work to this principle all the time, building a running order for each programme. Every item has a time attached to it, an aim, and particular issues or questions they want to address.

Circulating this kind of agenda beforehand and keeping to the allocated time helps to focus the meeting so it doesn’t become a free-for-all.

“If more than one person speaks at once, which is very common in normal face-to-face human interaction, it can rapidly become unintelligible by video. This is exacerbated if the internet connection is glitchy – which it often is,” says Chris Hirst, the chief executive of media company Havas Global, whose teams have been working from home since the coronavirus outbreak started in China.

“We are social animals, and as so much of our communication is non-verbal, this tends to be lost on video conferences,” something Mr Hirst says the host needs to bear in mind when leading the call.

Being filmed in your home is extremely intimate. If you’re video conferencing, you’ll need to look presentable, at least from the waist up.

BBC camera operator Tracey Langford recommends putting your laptop on a stack of books so that it is level with your eye line. “Looking downwards is not very flattering,” she points out. And remember to focus on the top of the screen, where the camera is located, and not into the screen itself.

In terms of lighting, she suggests having a light positioned slightly above your face: “Don’t have one side of your face towards the window and the other side lit by indoor light. Choose one or the other. It’s also more flattering if you have some kind of diffuser to put over a light. Try experimenting with a piece of greaseproof paper but don’t put paper right against the hot bulb,” she advises.

And of course where you sit tells its own story. Shots of rumpled bedsheets, the clothes horse and the bathroom should be avoided.

But antics at home serve at least one useful purpose, says Ben Todd from Rolls Royce.

“I’m enjoying hearing the background sounds – and sometimes foreground – of babies, kids TV and dogs. It’s a useful reminder we’re all human, something which can get lost in a business context,” he says.

Melinda de Boer, communications director at a global manufacturer agrees: “On multiple occasions, my colleagues on Skype have witnessed me giving the ‘mum eye’ to my two sons, who are mucking about in the same room where I’m trying to work. They say it’s scary, it’s a shame the kids don’t think so!”

The regular Friday night pub session may be out of the window, but many businesses are reporting trying to keep normal daily interaction between colleagues going and capture some of the fun of the workplace.

At Southampton based Etch UK, they host a daily quiz at lunchtime for clients and staff, a virtual cinema club and yoga sessions. Other companies report eating lunch “together” from their kitchen tables.

If you don’t like videoconferences, then bad luck, according to Havas’s Mr Hirst. You could be doing them for the rest of your career.

“I think this could lead to a rapid and permanent increase in the everyday adoption of technology allowing us to work remotely,” he says.