The kids making up to $1m a year on YouTube 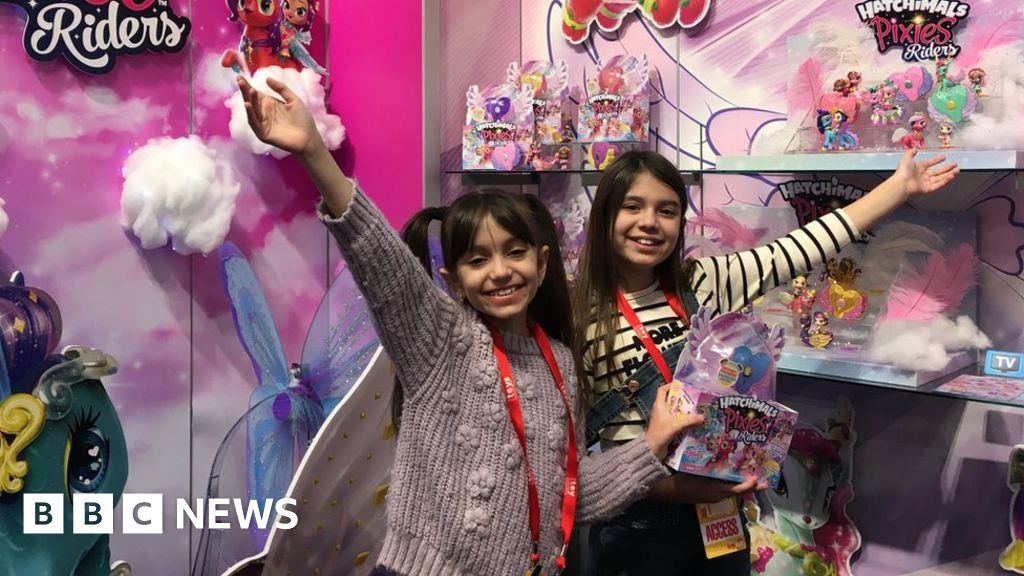 As ad rules change, child influencers are looking to convert their YouTube status into something more.

“I thought we had a meeting,” says Damian Camarillo, a 12-year-old up-and-coming YouTube star, looking up at his father, Eli.

Mr Camarillo checks his phone. “It’s at two tomorrow. They kept changing it.”

Damian nods and settles further into the sofa, where he is resting after making the rounds of the New York Toy Fair, an annual industry conference that draws some 25,000 people from around the world.

For decades, the event was the exclusive domain of grown-ups – toymakers, retailers and media companies – showcasing the latest products and hunting for the next trend.

But in recent years, child YouTube personalities have become some of the biggest names in attendance.

The Camarillos, who started posting in 2015 and broke out after posting a video of Damian and his cousin eating spicy chips, are established stars in that firmament.

They have about one million subscribers across their channels, which show Damian and eight-year-old brother Deion staging Nerf gun battles, racing toy cars and riffing on Fortnite.

Depending on the year, the family, which lives in Arizona, has earned between $400,000 and $1m annually, Mr Camarillo says. Regular toy shipments and direct sponsorships help their posts and supplement advertising income.

It’s such big business that Mr Camarillo quit his job as an IT worker in the healthcare industry about three years ago.

But the family still has some way to go before it achieves the status enjoyed by eight-year-old Ryan Kaji, whose Ryan’s World channel has more than 24 million subscribers. His rank as YouTube’s top earner has translated into a $200m line of toys and a series on Nickelodeon.

“That kid makes $25m a year. Why wouldn’t you want to be there?” Mr Camarillo says. “I think that’s the goal.”

The desire to branch out comes at a critical moment.

Toymakers, faced with an industry-wide slump in sales, are increasingly deepening their relationships with YouTube creators, offering sponsored videos and licensing deals in response to their power to draw audiences and drive sales.

Meanwhile, YouTubers are grappling with a plunge in income from ads, after the platform overhauled its advertising policies for children’s channels to comply with regulatory concerns about privacy.

For the Camarillos, the changes – which include limits on targeted ads and an end to comments – meant an instant drop in ad revenue of about 50%.

“We prepared for it. We knew it was coming,” Mr Camarillo says. Still, it took some adjustment. When the changes were announced, the family had just bought a house.

On top of the financial strain, some warn that YouTube’s new rules may make it harder for new voices to emerge.

The US is currently reviewing changes to the children’s online privacy act.

But even as stricter rules for children’s ads and social media marketing grow more likely, many in the industry say they doubt it will dent the growth of online influencers.

Globally, firms are expected to spend almost $10bn on “influencer marketing” this year, up from $6.5bn in 2019, according to industry estimates.

In the toy industry, social media influencers now attract almost as much advertising spending as traditional television, says Juli Lennett of research firm NPD Group. For some firms, it can be far more.

About 40% of children aged 14 and under watch YouTube or YouTube kids at least weekly. More than 60% in that age range have bought something they saw in a video, according to a survey conducted last year by the NPD Group for the US Toy Association.

Brian Bonnett is chief executive of Bonkers Toys, which holds the license for Ryan’s toys and is working with several other families on toy lines.

While many in the toy industry see the platform and its creators primarily as a vehicle for advertising, he says he expects that to change in coming years.

“It’s inevitable,” he says. “Everybody has a YouTuber.”

This year’s Toy Fair drew 100 YouTube channel owners this year, up from 90 in 2019, several of whom are represented by Hollywood agents.

Viewers don’t seem to mind the increased commercialism, says Lucy Maxwell, a former teacher whose family started its Tic Tac Toy channel as a hobby. They now have about 3.5 million subscribers for its videos, many of which are sponsored, and licensed a line of XOXO toys.

The Maxwells – Jason, Lucy, nine-year-old Addy and seven-year-old Maya – are now looking to move beyond the toy industry into other kinds of businesses, such as publishing, apparel and home decor.

“I really think we’re only on the cusp of what you’re seeing as influencer marketing right now,” says Jason, who used to work in the financial industry. “I think it’s going to be a lot bigger and this is just inning number one.”

The Camarillos have about a dozen meetings lined up at this year’s Toy Fair, their third.

As they walk the aisles, more emerge spontaneously, as toy reps spot the children’s yellow “creator” badges and invite them to try out the latest bouncy balls and hula hoops.

Damian says his schoolmates say he is “famous, but I’m not really”. His goal is to hit one million subscribers on a single channel.

“I feel like a big YouTuber, but we’re still kind of small,” he says. “We’re getting there.”