The celebrities striking the right note by spreading comfort and joy 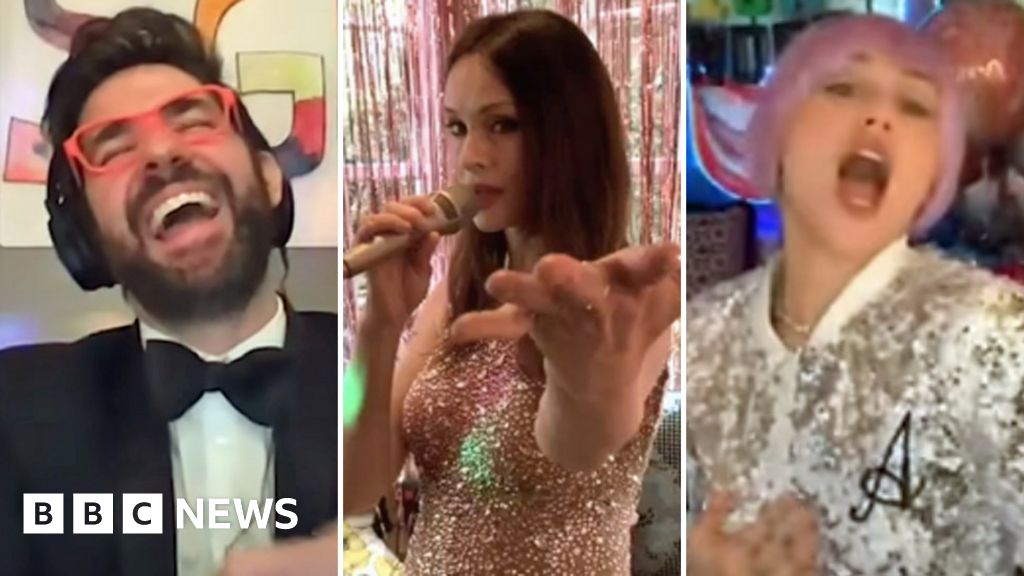 With tours, TV shows and film shoots shut down, the coronavirus pandemic has left celebrities with little to do but go on social media and show us, more than ever, what they are really like.

At one end of the scale are the self-important, earnest, out-of-touch – and increasingly irrelevant.

At the other are the compassionate, creative and life-enhancing.

The stars who have actually connected with fans during this crisis are those who have provided positivity, escapism, humour and a human touch.

Many have been posting regular videos and even hastily-created home-made shows from lockdown. Here are some of the best:

In mid-March, the release of film sequel A Quiet Place Part II was delayed just days before it was due to reach cinemas.

Its writer and director John Krasinski didn’t sulk. Instead, two weeks later, he launched Some Good News, an uplifting YouTube bulletin that finds positivity shining through the current chaos.

The former star of the US Office (and Mr Emily Blunt) styles himself as an alternative news anchor, sitting at a desk in front of a colourful SGN logo drawn by his daughters.

He gulps the milk of human kindness by finding stories of heroism and hope from social media, as well as conducting heart-warming interviews with celebrity friends and members of the public.

He gave one teenager a virtual prom with the Jonas Brothers and Billie Eilish; brought together the cast of Hamilton to serenade a girl whose theatre trip was cancelled; and recruited Brad Pitt and Robert De Niro as weathermen.

His four weekly episodes have had more than 37 million views.

Of all the home-streamed gigs, Ellis-Bextor’s Friday night sing-songs – broadcast live from her sparkly kitchen – are the most joyful.

She is carefree and warm, and the charm is multiplied by the presence of her five young children, who play, dance, crawl and squabble around her.

The staple tune is her 2001 hit Take Me Home, which she has updated to tell fans to “stay at home”.

She’s known to millions as the queen of country music, but she now introduces herself to a growing audience of young fans as “Dolly, the book lady”.

She posted the first Goodnight With Dolly video at the start of April, and now regularly films herself reading children’s stories in bed.

There are few sounds more comforting than Dolly reciting a wholesome, hopeful tale – and occasionally breaking into song.

Dolly’s storytime is an extension of her Imagination Library, which has distributed more than 130 million books to children in five countries over the past 25 years.

The Little Britain star couldn’t have predicted the response when he updated his brilliant comedy song about baked potatoes to incorporate coronavirus safety advice.

A month later, his Twitter stream’s still full of him singing duets of the song with famous friends like Brian May, Rick Astley and Michael Ball, and retweets of people singing it in creative ways at home. It’s still never not brilliant.

He released the song in aid of his campaign to provide hot meals to NHS workers, which has now raised more than £1.1m.

In non-potato activity, Lucas also provides rays of sunshine with daily snippets of cheery and cheesy classic TV as well as his own personal messages.

All that may explain why he has been enlisted to host a new Channel 4 lockdown-inspired show called Reasons To Be Cheerful, which starts on Sunday.

We already know and love Grant’s pure joie de vivre, but he’s taken it up a notch since late March by posting daily videos of himself delivering lines from the script of his 1987 film Withnail & I.

They invariably start straight-faced and conclude with him cracking up.

The Australian star of Jurassic Park and Event Horizon has been a treat on Instagram, where his deadpan, absurd humour has come into its own.

There’s a mixture of self-confessed bad singing, short and silly “Cinema Quarantine” films (like Das Bad, in which he takes a virtual bath with Hugo Weaving) and conversations with his gnome Sir Gerald – as well as the occasional sweetly reassuring homily.

He has also started a cookery segment called Cooking with Sam (“like cooking with Nigella but without the sex appeal”).

Sam Neill’s not the only star to have sought refuge in the kitchen – Oscar-nominated actress and future national treasure Florence Pugh does regular cookery tutorials on Instagram.

It does come with a slight smugness warning, but that’s outweighed by its home-spun charm and humour – especially when she’s showing us how to make “browned bread” (AKA toast).

For three weeks, she discussed how to stay safe and sane with guests like Alicia Keys, Reese Witherspoon and Sir Elton John.

But perhaps sensing the mood when it comes to celebrities doling out their wisdom, last week Cyrus pivoted towards delivering good news and #HighlightingHeroes – including inspirational stories about, and interviews with, front-line workers.

The Wall Street Journal reported: “Ms Cyrus has received overtures from TV studios, streaming services and book publishers about continuing what she has started with the show.”

Like many of us, Smith – who fronts pop band Bastille – has been looking for distractions from the global condition.

So he’s started a weekly Instagram show called Distraction Tactic, and it’s all about films rather than music.

He tells fans in advance which movies he’ll be discussing – picking excellent non-blockbuster fare – and then goes live with some of the makers.

So far he has been joined by Taika Waititi, Simon Pegg and more, with Smith asking his own questions and those submitted by viewers.