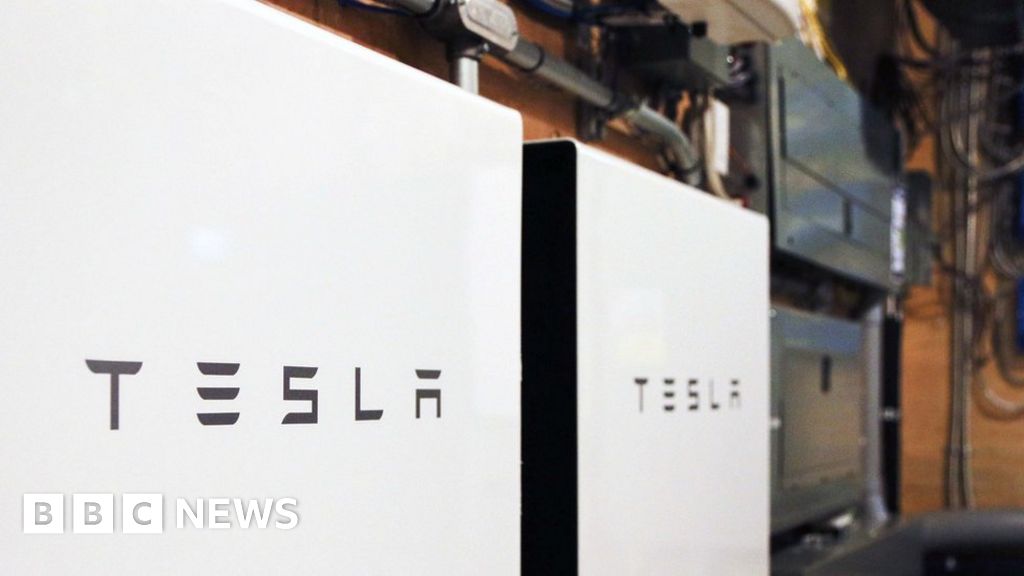 Tesla has applied to become an electricity supplier in the UK.

Best known for its electric cars, Elon Musk’s company also makes batteries that store renewable energy on both a domestic and an industrial scale.

And it has developed software, called Autobidder, that sells surplus electricity back to the grid.

It uses Autobidder at its Hornsdale Power Reserve, South Australia, but would not say if it planned to build similar large battery plants in the UK.

The application was lodged last Tuesday with the UK’s Gas and Electricity Markets Authority, for a licence to generate electricity to supply “any premises” in Great Britain.

The home version of the Tesla battery, the Powerwall, costs thousands of pounds and requires a set of solar panels.

There has been lower demand for electricity during lockdown as a result of the coronavirus pandemic, with many factories and major businesses shut.

But electricity supply and demand has to be balanced within the grid for it to function.

The National Grid has said nobody should be concerned about power cuts, however, despite a report in the Times suggesting it was implementing emergency procedures.

“We have comprehensive plans in place to ensure we safely and securely manage the system at all times – including through this unprecedented period,” it said in a statement.