Tech Tent: The giants thriving in a crisis 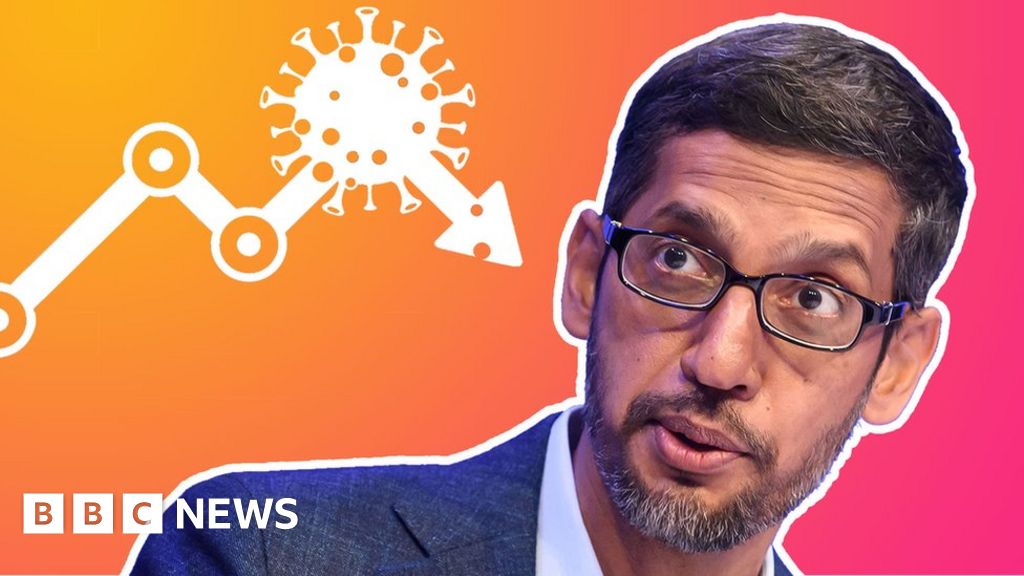 Much of the world is in lockdown, consumer spending has plummeted, and many businesses are on the verge of bankruptcy.

But for a clutch of giant tech firms, it seems the global health crisis is having a minimal impact – and as we find on this week’s Tech Tent, they could emerge from this crisis even stronger.

The last few days have seen results from Alphabet, which owns Google – as well as Apple, Facebook and Amazon. Together, the infamous “Gafa” group is seen by some as dangerously powerful and in need of having their wings clipped.

Google and Facebook are both almost exclusively dependent on advertising revenue. With companies slashing their marketing budgets, you might think this would be a very difficult time for them.

Alphabet chief executive Sundar Pichai did talk of “a significant and sudden slowdown in ad revenue” in March – but shares soared after the company suggested that slowdown might already be improving.

Facebook also reported that the virus was having some impact on its advertising business, but again it was a case of revenues growing more slowly over the quarter, rather than the frightening plunge experienced by old media businesses like newspapers and commercial broadcasters.

Apple, meanwhile, has seen sales of hardware like its phones drop. But its revenues from services surged ahead.

Amazon has seen a boom in its online retail business and its cloud computing revenues have also continued to grow healthily, but it has also incurred substantial added costs in dealing with the virus.

That led chief executive Jeff Bezos to warn investors they might want to “take a seat”, indicating that profits were not uppermost in his mind.

Still, that strategy of spend, spend, spend to achieve growth has turned him into the world’s richest man. And all the signs are that he and his company will emerge from this crisis even healthier.

Another tech titan, Microsoft’s Satya Nadella, said this week that his company had seen two years’ worth of digital transformation in just two months as it too unveiled some pretty good results. And warned that speeding up the evolutionary cycle which had already made these companies so powerful seems likely to make them even more dominant.

Jason Furman, President Obama’s former economic advisor and a leading voice calling for tighter regulation of the tech giants, tells Tech Tent he fears that the crisis may ease the pressure on them.

“If this leads to a further consolidation and entrenchment, or if it reduces some of the regulatory pressure on them, then this could be creating more of a problem for us economically down the line,” he said.

This week has seen some terrible economic data from both the United States and Europe – and a rebound in stock markets with US shares having their best month for more than thirty years. It has been driven largely by the bounce in tech shares, with Amazon and Netflix both up 40% since the middle of March.

With President Trump hugely focused on the level of the Dow Jones Index, his gratitude for the role of the tech giants in powering it higher could mean his administration loses interest in any regulatory crackdown.

The Eurovision Song Contest may be off, but Dutch broadcaster VPRO is challenging musicians and computer scientists from different countries to create hits using artificial intelligence. We discuss whether AI can easily come up with the formula for a Eurovision hit.

And in the latest of our features on tech hobbies during a lockdown, we look at the equipment and software you might need to make a podcast from home. The BBC’s Nick Garnett, who has been explaining to his colleagues for years how to make radio from your kitchen or anywhere else, gives us his top tips. You can read more advice from him here.