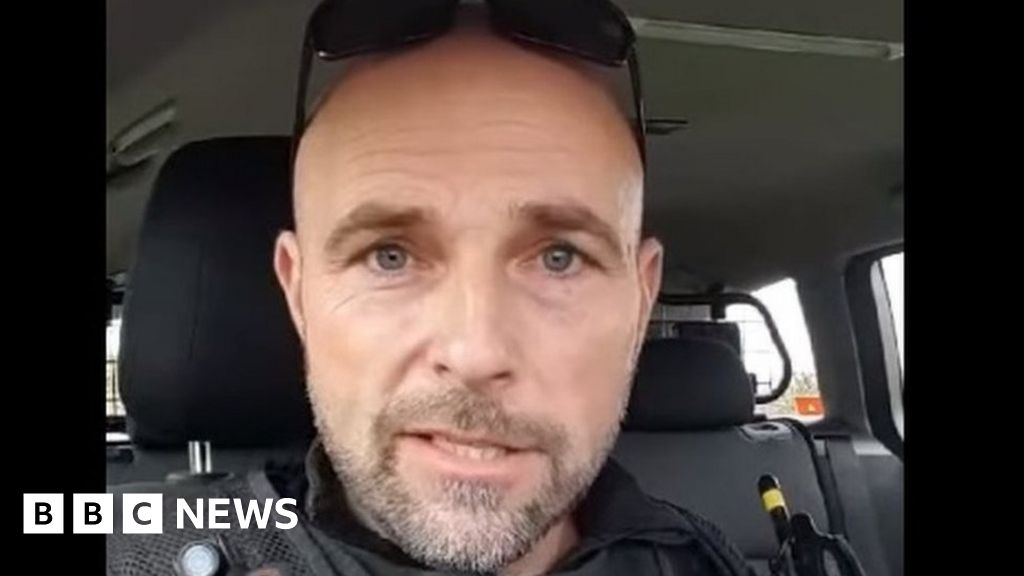 A singing police officer who has been raising spirits during lockdown, says the response to his videos has been “overwhelming”.

More than four million people have watched Tim Jones perform a song from The Rocky Horror Picture Show, while dressed in his police uniform.

He now has 118,000 social media followers around the world through his regular live shows broadcast from home.

“It is all about positivity and I have had so many nice messages,” he said.

Tim, 47, started a challenge to sing one song every day for a month, but it was his rendition of Sweet Transvestite from The Rocky Horror Picture Show which really took off.

“A few of my friends and colleagues were doing things so I thought I had to upgrade, so I sang in my police uniform at work.

“Overwhelming would be the word. I have people from Australia and South Africa tuning in to watch me sing in my dining room,” he said.

He said he had even received messages from Rocky Horror star Susan Sarandon and writer Richard O’Brien.

The Gloucester police officer said he could not make it into his school choir as a child and only returned to singing at the age of 30.

He has since performed on stage in musical theatre productions at venues including Cheltenham’s Everyman Theatre.

“People are suffering at the moment and along with all the fun, there is a serious message about mental health, so if I can help people in any way that is great.

“It is a real release for me; I love it. I’m not sure where it will all end up.”