Ratan Tata: An unlikely friendship between a magnate and a millennial 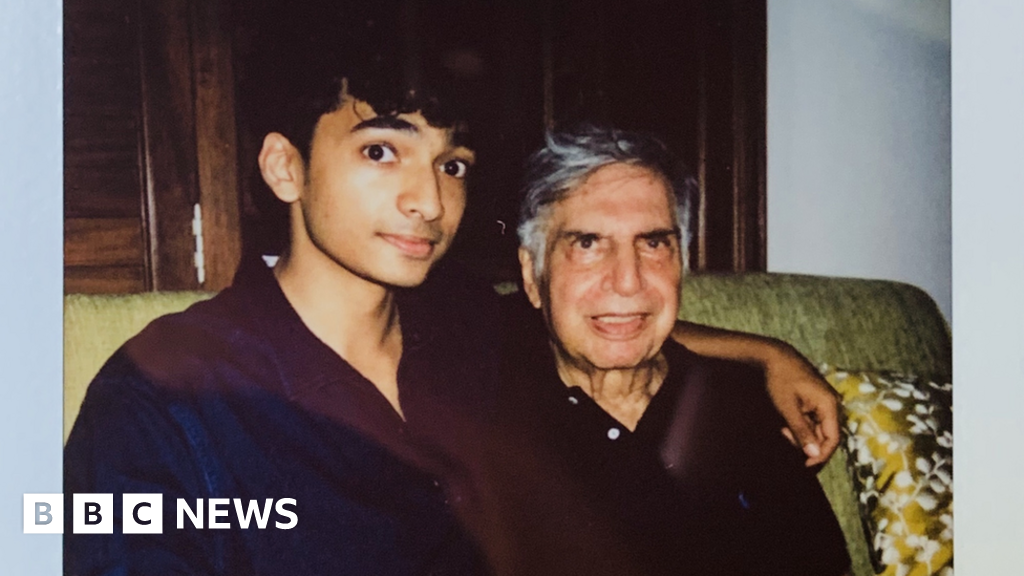 It is not everyday that an octogenarian goes viral on Instagram. It’s even more unusual if that octogenarian is a billionaire businessman with a carefully cultivated reputation as a reclusive tycoon.

But perhaps the most unusual bit of this particular story is the friendship which led to Ratan Tata’s emergence as India’s newest social media star.

Indeed, without the help of Shantanu Naidu, the 27-year-old who introduced him to the social media platform and taught him about hashtags and trends, the world would not have discovered their latest “man crush”.

Mr Naidu hopes that the mix of old family pictures, snapshots of dogs and photographs of the mogul’s younger days – including one from five decades earlier which garnered more than half a million hits – will give people a glimpse of the man behind the tycoon.

The man who led the salt-to-software conglomerate Tata Group for 21 years, who he now classes among his closest friends.

These days, the two of them do everything together – from getting haircuts to watching films. Their “intergenerational friendship” may be quite unusual, but, Mr Naidu says, it is also pretty special.

“He’s been a hard boss, a core mentor as well as an understanding friend,” he told the BBC.

So how did this doe-eyed, curly-haired millennial become business assistant and best friends to one of India’s most internationally-recognised business leaders?

Mr Naidu is, in fact, a fifth generation Tata employee. However, although his family has a strong connection to the Tata brand, he never thought he would end up working so closely with the man responsible for so much of it.

It was a mutual love of dogs which brought the two together while the younger man was working for one of Mr Tata’s companies in the city of Pune, west India.

At the time, Mr Naidu was also running a social initiative called Motopaws, which makes glow-in-the-dark collars for stray dogs. His work was highlighted in the company newsletter, prompting Mr Tata to write him a letter inviting him to Mumbai.

“Shantanu and I first met because of our common concern and affection for stray dogs,” Mr Tata explained in an email to the BBC. “He has led a team of young college students to ‘adopt’ these dogs and give them affection, food, find homes for them and give them a sense of belonging.”

The meeting would prove to be the first of many.

“While Motopaws was scaling up, we became closer. Work emails slowly turned into asking questions about one another,” Mr Naidu said.

But soon after their friendship took off, Mr Naidu had to leave India for university in the US.

“I was really sad because it felt like I had just discovered a friend in Mr Tata,” he said.

But the connection between the two strengthened. Mr Naidu ended up at Mr Tata’s alma mater, Cornell University, and soon started work on the businessman’s dream project, building a veterinary hospital in Mumbai. The construction for this hospital is set to begin later this year.

Mr Tata even attended his graduation.

“I had mentioned it to him in passing and he said yes,” Mr Naidu recalls. “Cut to the actual day and there he was!”

On his return to India, Mr Naidu took up a job as as Mr Tata’s business assistant.

“Everything for me changed in a single minute. I had never imagined my life would pan out this way,” he said.

Mr Tata told the BBC: “I enjoy seeing Shantanu’s freshness and concern. We never see enough of this in the ‘dog eat dog’ world we live in.'”

So, what does a typical day look like as business assistant to Mr Tata?

“At meetings, I take copious notes and keep records for future discussions. As Mr Tata walks in, I’m there to brief him on the happenings of the day. He gives me his plan and we start attacking it one by one. He’s a very focused worker – non-stop, no breaks,” Mr Naidu explained.

The Tata Group patriarch is known to have invested in more than 73 Indian start-ups, including ride-hailing service, Ola. Mr Tata now uses the Instagram profile Mr Naidu helped set up to connect with the youth and has also shared “a recipe” for successful start-up pitches.

The 82-year-old has also used it to share the aforementioned picture of him in his 20s – using the popular hashtag Throwback Thursday – to set the internet alight.

But it isn’t just business. The two remain fast friends.

Mr Naidu now lives across the street from Mr Tata. “Weekend dinners have become a tradition – that’s when we decompress. Sometimes we just watch movies – anything on the World Wars is a favourite.”

He added that they also like action comedy films such as The Other Guys and The Lone Ranger. A series about experiences in the Israel Defence Force called Fauda is Mr Tata’s favourite Netflix binge, Mr Naidu said.

Last year during a radio interview with the BBC, I met Mr Tata and Mr Naidu.

It was easy to sense a warm bond between the two – there seemed to be a great degree of camaraderie and mutual respect. Mr Tata spoke about his retirement plans and love for dogs.

Nowadays, Mr Naidu continues to also work on the project that brought Mr Tata and him together in the first place.

Motopaws has expanded over the years and it now operating in four countries. But it isn’t just the non-profit that’s evolving.

“If something were to bother me or make me happy, he would be the first person I would call. The foundation is there, but it’s like a constantly blossoming tree. Mr Tata has always been there for me and I try to do the same for him,” Mr Naidu said with a smile.