PlayStation 2 anniversary: Why it’s an important piece of gaming history 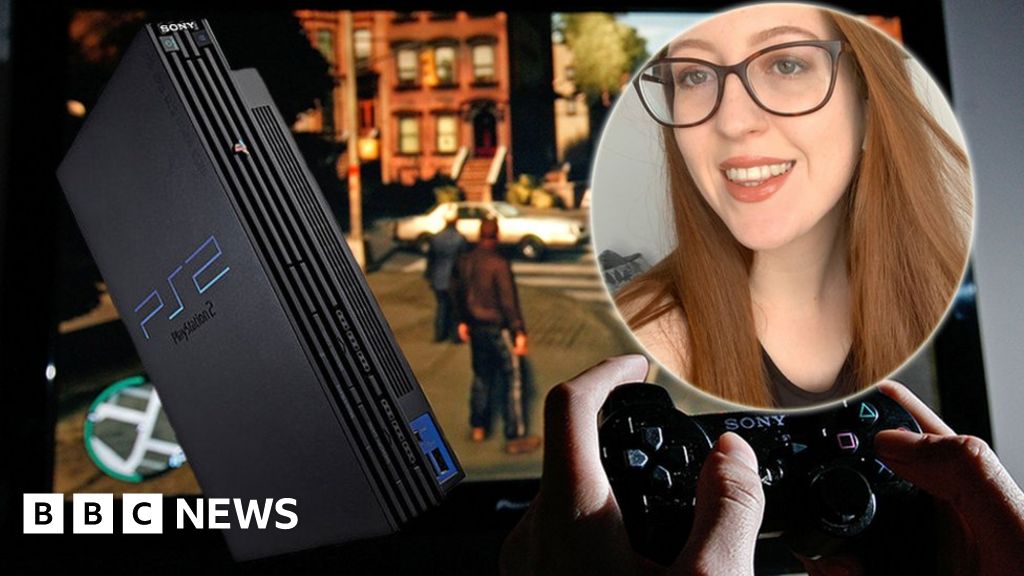 It stands tall as the best-selling console ever – and this week – the PlayStation 2 celebrates its 20th anniversary.

“It was my first ever console and introduced me to gaming,” engineering student, and gamer, Victoria Powell tells Radio 1 Newsbeat.

It was originally released on 4 March in Japan, with the UK being the third part of the world to get hold of it on 24 November 2000.

“I remember Dad brought it home and me being confused thinking ‘what is this big black box thing?’,” she says.

But it took just a few hours of playing a Peter Pan game on the console for Victoria to realise she really enjoyed gaming.

Why was the PS2 so successful?

Alex Wiltshire is a writer for games magazine Edge, and he says the PS2 is “an important part of gaming and console history.”

The DVD player in the console made it accessible to people at the time who could get “two things for a cheaper price”.

Alex believes the console attracted people who might not have played video games, and put controllers in the hands of a new wave of gamers.

“It was home to games which elevated creativity and expanded the games market – like Singstar and Guitar Hero,” he says.

Singstar let you compete against friends at singing while Guitar Hero was a guitar-based video games that was played on a big plastic instrument.

“It gave people who weren’t self-identifying as gamers a chance to play things like karaoke and music games.”

According to Guinness World Records, 157.68 million people have owned a PlayStation 2 in their lifetime.

The original PlayStation was owned by 104.25 million, PlayStation 3 had 86.90 million and current console PlayStation 4 has had slightly more at 88.06 million owners.

Victoria says the PS2 was responsible for bringing people together, and it made her feel like she was part of a community.

“It gave you an easy topic of conversation. If you were into it, there was always flowing conversation,” she says.

She adds there was a togetherness whenever there was a two player game – and also if you were just a spectator.

“Even when you were watching someone play, it felt like you were the one playing.”

Victoria played PS2 lots with her friends and family.

“My friends used to come over, really excited after school and be like ‘let’s sit and play this for hours.'”

Victoria says she ended up having some lengthy gaming sessions that lasted “probably five or six hours at a stretch.”

She’s not alone in loving GTA – the two most popular PS2 games are GTA: San Andreas and Vice City – selling more than 36 million copies between them.

“I probably wasn’t old enough for GTA,” she says. “But I loved stealing things and driving around for hours.”

And like many gamers in the 2000s, Victoria had a “battered and torn” sheet of cheat codes ready when she played.

“It was a big list that you’d bring out when you needed it,” she recalls.

Victoria’s memories are familiar to many around the world, particularly on social media and people have been paying tribute to the PlayStation 2 on its 20th birthday.

For Alex, the PS2 has earned its place in gaming history.

“It had the best games – the kind that people were most excited about in that era,” he says.

“It maintained the momentum of the original PlayStation and went way beyond that,” he says.

“It was the dominating console for its time,” he adds.