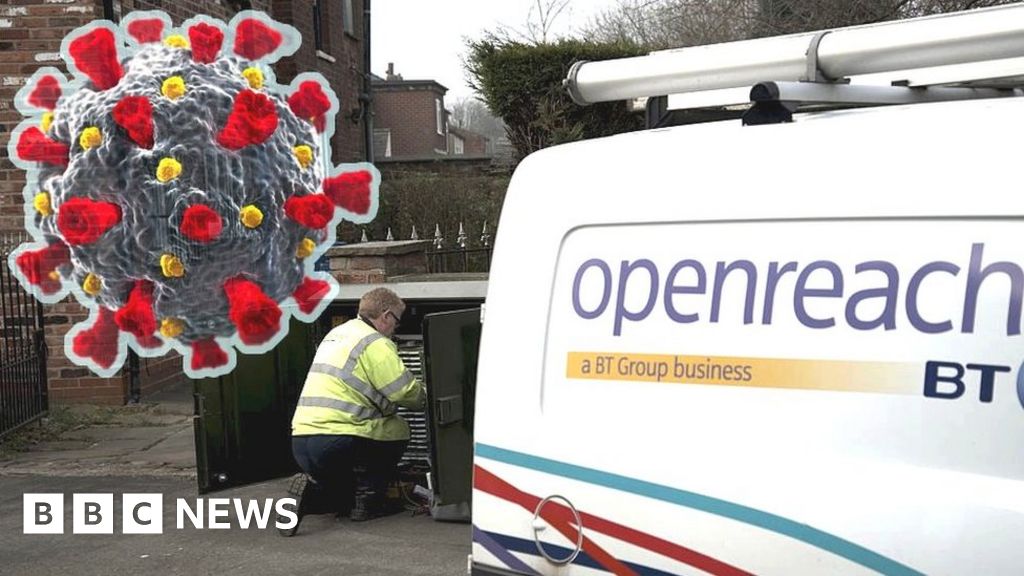 BT’s Openreach says it will no longer install new broadband connections when a home visit is involved.

The division, which runs the broadband network for a range of internet service providers, says it will now focus its efforts on other “essential work”.

It means work to switch customers between suppliers will not be done if it requires engineers to enter a customer’s house or flat.

But exceptions will be made for “vulnerable” users such as the elderly.

In addition, those who lack access to either a broadband or telephone connection, may still be served.

In these cases, the firm’s engineers will be provided with protective equipment to reduce the risk of catching and spreading the virus.

Openreach says it will attempt to complete planned work when it does not involve entering premises. That means a failure in a streetside cabinet affecting a number of homes would still be fixed.

In addition, some customers will be able to install the necessary home equipment themselves.

“A large amount of the work we do can be completed outside, and we can often fix problems without entering a customer’s property,” explained a spokesman.

“So, we’re advising our engineers not to complete any work inside a property unless it would leave a vulnerable customer with no form of connection, and it’s not possible to provide one by any other means.”

Priority will be given to key national infrastructure such as the NHS, pharmacies and food retailers and distributors, the firm added.

Telecoms engineers have been classified as key workers by the government.

Openreach says it wants to ensure the safety of the public and of its staff.

Ofcom sets standards for completion of work and responding to faults, which Openreach has to meet. But under exceptional circumstances the company is allowed to abandon those commitments.

For its part, Virgin Media – which does not use Openreach’s fibre – says its technicians are still making home visits.

But it said that before a visit, customers will receive a text asking them if they are self-isolating or exhibiting flu-like symptoms. If the answer is “yes”, then the appointment will be rescheduled for a fortnight later.

As a consequence, some customers will still be able to switch from BT, Sky or TalkTalk to Virgin Media, but not the other way round.