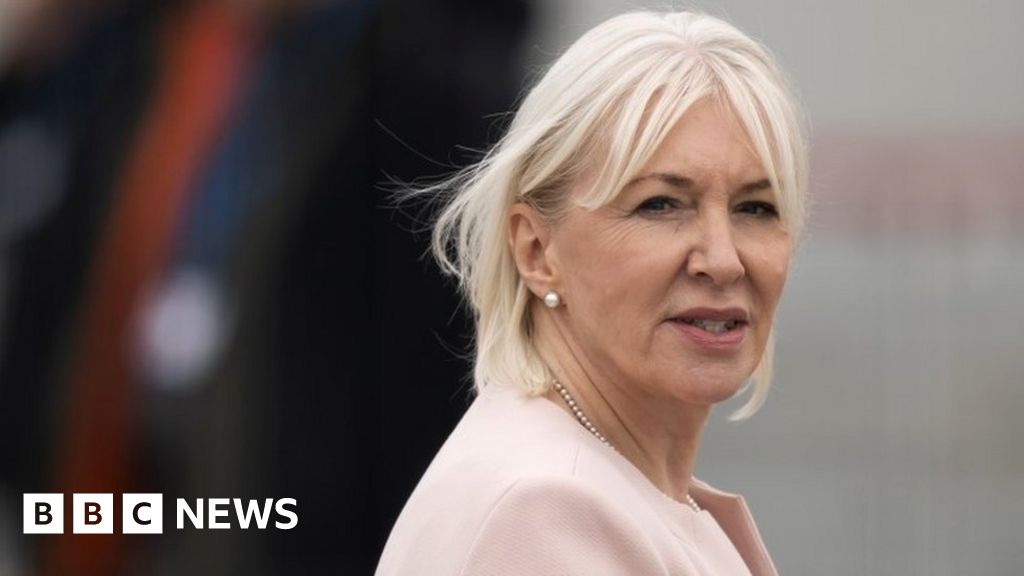 Health minister Nadine Dorries and two other Tory MPs have been ordered to “check the validity” of social media posts before sharing them.

Sir Keir said he was satisfied with the actions taken by the party and the MPs, who have deleted the tweets.

“There are more important things in the world to concentrate on than a doctored video of me,” he added.

A Downing Street spokesman said: “These tweets have rightly been deleted.

“The MPs involved have been spoken to by the Whips’ Office and reminded of their responsibility to check the validity of information before they post on social media sites.”

As director of public prosecutions between 2008 and 2013, Sir Keir was head of the Crown Prosecution Service, the body that decides whether or not to prosecute someone accused of a crime.

The clip shared by Ms Dorries and fellow Tory MPs Maria Caulfield and Lucy Allan was from a 2013 Channel 5 interview with Sir Keir.

In it, he appeared to be listing a series of reasons for not bringing charges against grooming gangs – including if the alleged victims had been in trouble with the police, or had been abusing drink or drugs.

But the clip does not include the reporter’s question, which asks Sir Keir about the incorrect use of guidelines being used by the authorities in the reporting and investigating of child sexual abuse allegations.

As can be seen from the full exchange, Sir Keir was talking about how the police wrongly applied the guidelines, and how police culture had to change.

Ms Dorries retweeted the edited clip and allegations against Sir Keir, from the right-wing @NJamesWorld account, with the one word comment “revealing”.

Labour MP and shadow Treasury minister Wes Streeting replied: “What’s revealing is that: 1. You’ve spread fake news and indulged a smear being promoted by the far right. 2. You had time to do this despite being a minister in the Department of Health during a public health crisis.

“It’s either malevolence or stupidity. Probably both.”

Former senior prosecutor Nazir Afzal, who was involved in bringing a number of cases, said the clip was being used to suggest Sir Keir did not take child sexual abuse seriously, when the opposite was true.

“As national lead, I can assure you that he and I put right the failings of a generation of those who should have safeguarded children. He inherited failure and left success,” he tweeted.

Earlier, a Labour Party source said: “This is a doctored video tweeted by a far-right social media account.

“As a government minister, we hope Nadine Dorries acknowledges this and takes it down.”

The edited video was viewed more than 239,000 times before the @NJamesWorld account was suspended.