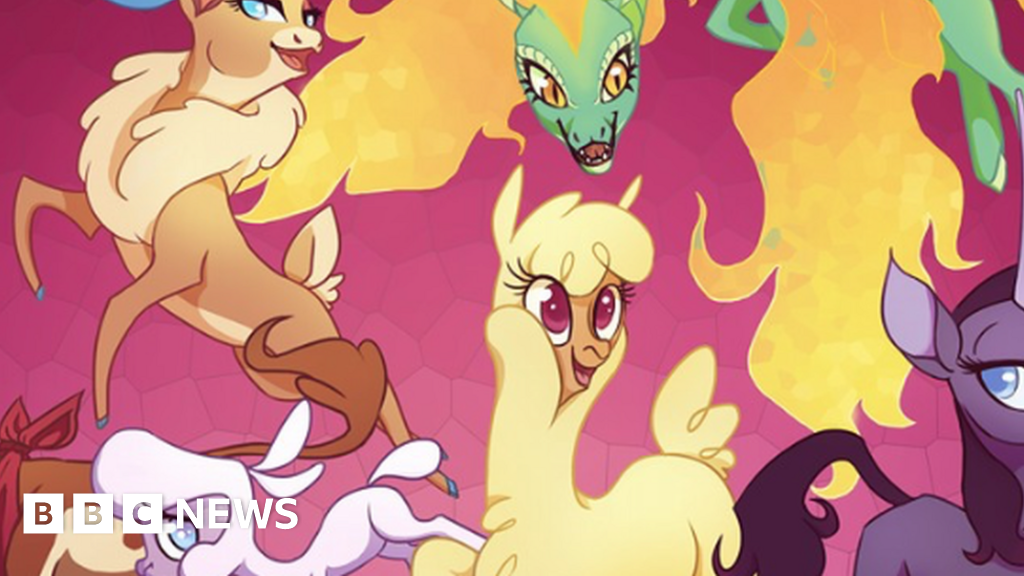 An unlikely fighting game Them’s Fightin’ Herds, which was inspired by the children’s cartoon My Little Pony, has been chosen as one of the main games for a big gaming tournament.

Evolution Championship Series (Evo) is normally held in Las Vegas but has had to “go virtual” due to the coronavirus pandemic.

The game was selected partly because its coding allows for a smoother online gaming experience.

There was a mixed reaction from gamers.

Some were unimpressed that they were being asked to play a game competitively that was based on characters more usually favoured by young children.

Others were more forgiving.

Writing about it on news chat site Reddit, one player said: “It’s a smaller indie production, so the character roster isn’t huge, but mechanics-wise it’s an absolutely legit fighter with serious tournament chops… if you have any interest in fighting games, you can’t go wrong with TFH. It’s not just a cartoon animal gimmick game.”

The title is based in a world known as Foenum, and features six characters competing against each other to find a champion worthy of gaining a magical key that will protect their world from carnivorous beasts known as the Predators.

It began life as an unofficial fan-made title using characters from the TV show My Little Pony: Friendship is Magic.

But developer Mane6 was sent a cease-and-desist order by series rights holder Hasbro, telling them they could not use the characters.

Lauren Faust, the cartoonist and the creative director intervened and created an entirely new animal kingdom for the game, which featured an alpaca, deer, sheep, dragon, cow and a unicorn.

One of the main reasons the game has been selected for Evo is its “netcode”, a term that refers to how well gamers can connect to each other or a central server.

Other games selected for the tournament, which takes place in July, are Mortal Kombat 11, Killer Instinct and Skullgirls.