My Chemical Romance: Lockdown is ‘just a pause button’ 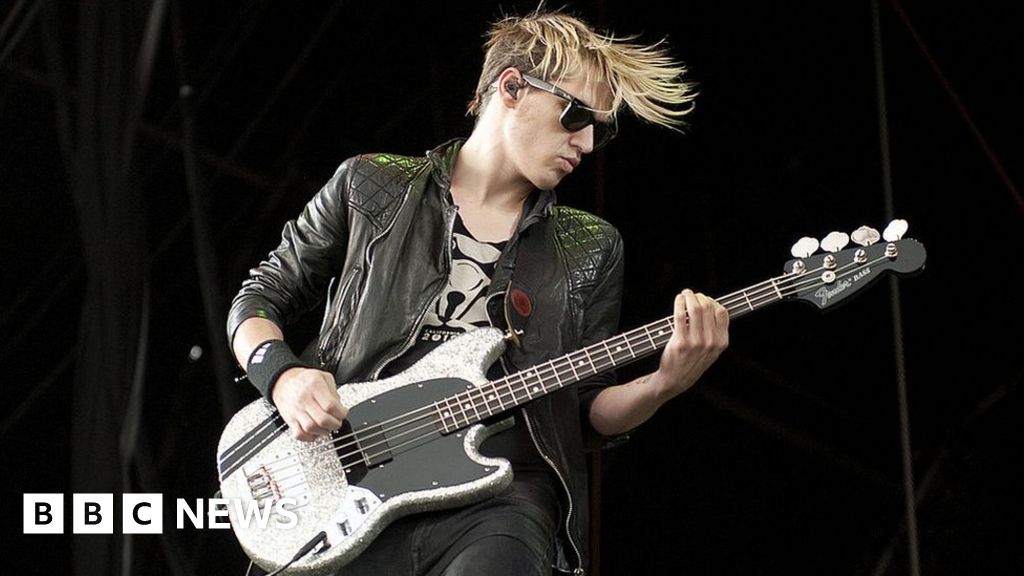 When My Chemical Romance pictured their comeback, they probably didn’t imagine this.

Half a year on from sending emo kids around the globe into hysteria by announcing they were reforming, they’ve only managed to play one, tiny, show.

The first few months of 2020 saw date after date of their planned world tour get cancelled or postponed because of the coronavirus pandemic – putting a temporary lid on one of the biggest comebacks in music.

“I know fans have been waiting a long time, but it’ll all still be here when this is all over,” bassist Mikey Way says.

He’s been chatting to Radio 1 Newsbeat ahead of the release of his new graphic novel – which is based on the music of his other band, Electric Century.

My Chemical Romance’s comeback show to a few thousand fans in December was the first time they’d played live together since 2012.

“I’m trying to take myself out of a selfish place. Everyone I know was about to do something.

“Whether you’re in a band, you’re a director, you work a retail job, you’re a gardener – you had a plan, and now it’s been disrupted.”

“I feel like people are waiting with bated breath. It’s a light at the end of the tunnel and I think there’s something really cool about that.”

But while some of Mikey’s plans for this year are on hold, others are very much going ahead.

He’s already an established author, with his first series of comics, Collapser, being put out by industry titans DC in 2019.

Now he’s announced plans for a new graphic novel – named after and inspired by his band Electric Century.

It’s due for release in September, with the band’s new album coming out at the same time as a sort of soundtrack.

Mikey describes being able to directly combine his two passions as a “dream come true”, but also admits they’ve always fed into each other.

From elaborate make-up, to costumes, artwork and concept albums – My Chemical Romance have never been shy about theatrics.

And Mikey says this is partly down to the fact both he and his brother Gerard, MCR’s frontman, had their heads buried in comics from a young age.

“It started in childhood, creating a fantasy world in which to live in through watching cartoons or playing with action figures – and then later on, as a teenager, playing Dungeons and Dragons, that’s another fictional world.

“So it’s in our DNA to tell stories with our music. We love world building.”

Gerard Way is a successful comic book writer, too – one of his series, The Umbrella Academy, was adapted into a Netflix show last year.

“We have very similar interests and they usually bleed into each other at some point,” Mikey says.

“But I’m a huge fan of everything he does in both comics and music so we’re both each other’s cheerleaders in that respect.”

As for Electric Century, Mikey is hoping combining music with the virtual world of a graphic novel will offer people some kind of release.

“I feel like fictional worlds are very important to people right now.

“So I feel like stories are resonating with people more because it’s a way to shut off your brain.

“People need that escape and there aren’t many escapes right now.”