Musicians in lockdown: How British bands are keeping creative for their fans 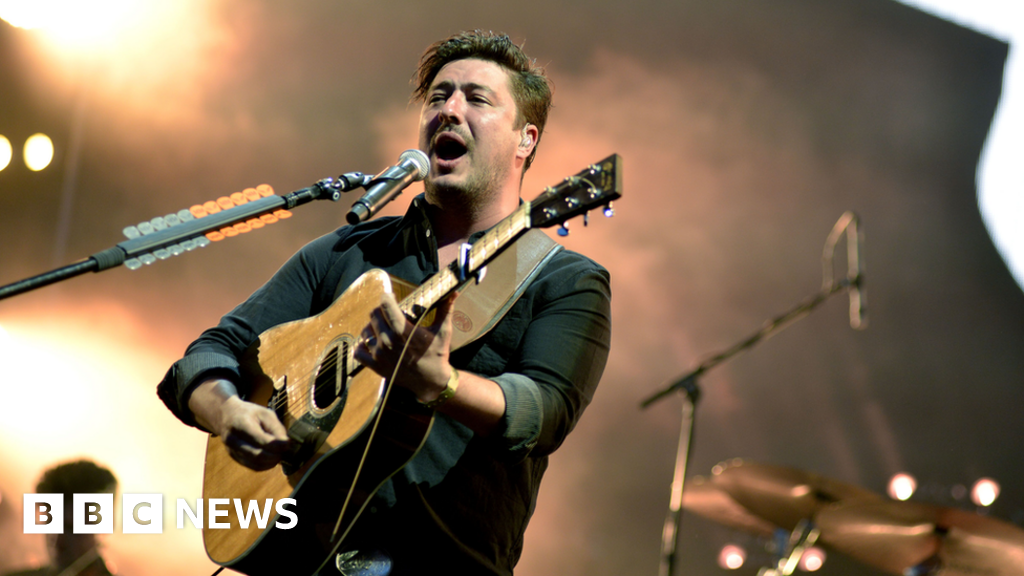 Marcus Mumford says he aims to “create as much as possible” during the UK’s coronavirus lockdown, and hopes other musicians do the same.

“I feel the need to engage with our audience a bit more than I did in the past,” he tells BBC Radio 1 Newsbeat.

“We can help people engage with themselves and their communities.”

Since large parts of the world have begun self-isolating because of the pandemic, Marcus has already released two singles.

One’s a “curveball” collaboration with Major Lazer, the other a cover of You’ll Never Walk Alone which is raising money for Grenfell Foundation and War Child UK.

Marcus says that both of these organisations are “doing things they don’t normally have to do” in “extraordinary times”.

Despite being cautious that charity singles can feel “quite self-promoting or opportunistic” he thinks it was the right time to release the track.

“I had this cover in my back pocket for a TV show I’m working on. Now’s the time to get it out to really accompany people,” he says.

And he’s not the only UK musician trying to overcome isolation to create music for fans during difficult time.

‘Now’s the time to show up’

Matt Thompson from The Amazons says he’s written more new music in the last two weeks than ever before, and suggests there’s never been a better time “to express yourself and add something to the world”.

“No one knows what’s going on. People are looking for guidance and escape,” he says.

But that’s not to say he hasn’t got through his fair share of binge-viewing.

The singer says music can help reflect the “World War Two spirit” the Queen referred to in her recent address to the nation.

In the speech she echoed the title of a wartime song by Vera Lynn when she said: “We will meet again”.

“What does that show you about how important music is in times like these?” asks Matt.

“It’s about showing up. I want to see artists turn the camera on and play some music.

“The artists who are really vocal during normal times, now is the time to show up – when it’s all hitting the fan.”

Before lockdown, The Amazons went on the “biggest and longest tour” they’ve ever done around America.

“We feel really, really lucky to have been able to do that,” Matt adds.

“It changed us all individually and as a group forever. To go from that to being in one room is really strange.”

His thoughts now are with the tour crew who travelled the US with them and don’t know when their next job will be.

“At least I’ve got an outlet. I can write music and record, which they won’t be doing.”

That was also a concern for The Big Moon’s Juliette Jackson, who started offering guitar lessons over Zoom to try and raise money for their team while they can’t tour.

“Well, that was the idea,” she tells Newsbeat.

“But I realised there’s no way it would ever be enough to support a four-person band and crew.”

She’s continuing to give lessons – and other band mates are writing out sheet music to their songs for fans in exchange for donations – with proceeds now going to a food bank charity.

Juliette wanted keep doing “something constructive” for those in isolation and says her lessons have been “completely wonderful” to offer people a sense of escapism.

“It’s been so lovely to just talk to people,” she says.

“When things are all falling apart it feels really good to be like ‘yes, a human experience, we’re feeling the same about this’.”

Juilette says that she enjoys being able to offer comfort as a musician – despite feeling “massively overwhelmed” herself at times.

“They’re tiny things I’m doing, but everyone is trying at the moment.

“People keep asking me ‘What’s going to happen with the band’? But we’ll be okay. We might be broke for a bit but there will be gigs again, there will be festivals again.”