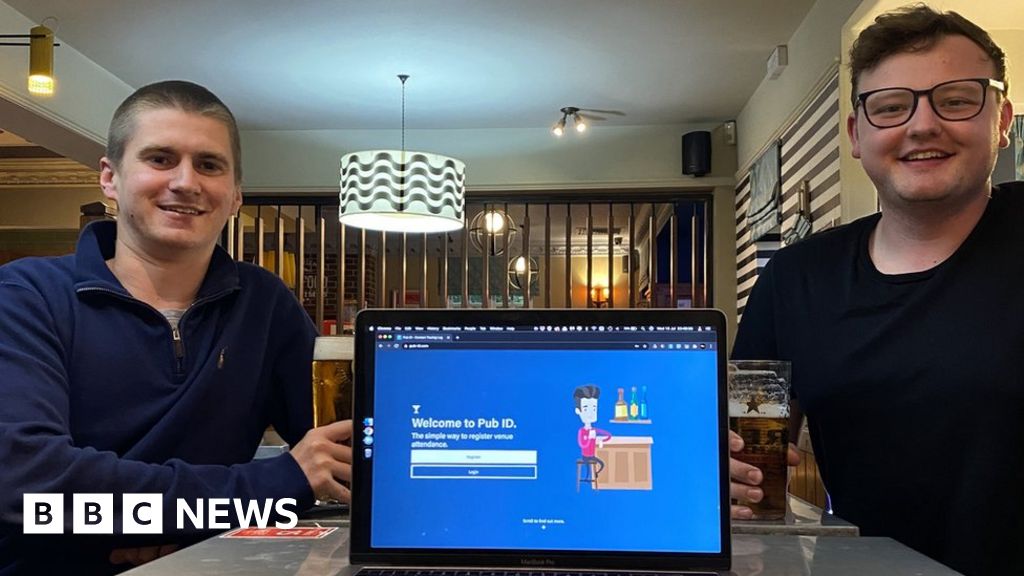 A track and trace website for pubs and bars has been created to replace pen and paper.

There have been concerns some venues are ignoring government guidelines asking them to collect customers’ details so they can be warned if someone develops Covid-19.

James Laden and Alex Wiseman have created the free Pub ID app alternative for use across Middlesbrough.

Mr Laden, 23, said they wanted to “move things into the 21st Century”.

“You put your details in once and then you just click what pub you’re in and that’s it,” he said.

“Not much is done on pen and paper these days.”

A customer would search for the venue on the app or scan a bar code.

Their name, contact details and arrival time would be recorded and venues given real-time occupancy updates.

The data would then be available if requested by NHS Track and Trace.

The Dickens, the Tipsy Cow and O’Connells have signed up, the Local Democracy Reporting Service said.

The pair said the app would make tracking customers easier and more accurate.

If someone tested positive for Covid-19 it would be able to notify other users who had been in the pub at the same time, Mr Laden said.

“Landlords will no longer have to contact individuals separately,” he said.

“Nor will they have to politely persist in asking customers to sign their details with pen and paper.”