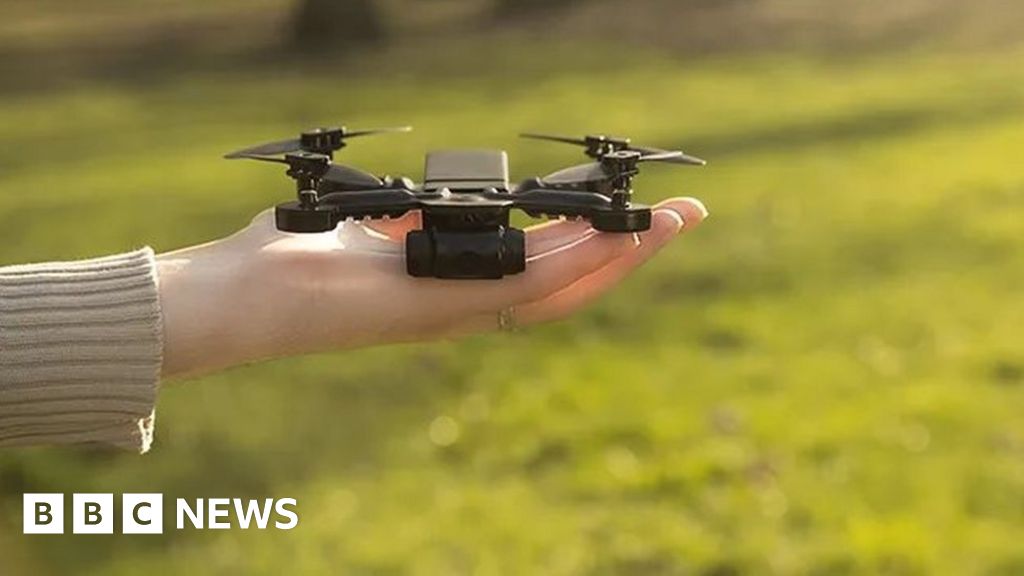 A crowdfunding project promises to build a mini-drone for a bargain price, delivering high-quality video. But production falls way behind schedule and then the poor quality of video in a demo has backers demanding refunds. Sounds familiar?

Well that was the story of Zano, Europe’s biggest Kickstarter failure, which I documented in 2015.

Now, the backers of an Indiegogo project – MicroDrone 4.0 – fear history is repeating itself.

They were told for little more than £100 they were going to get a tiny drone delivering the “smooth, cinematic HD video” offered by much larger more expensive devices – and it would be delivered in June last year.

They are still waiting and a couple of weeks ago a video update from London-based Extreme Fliers, the company behind the project, caused an uproar.

The video was a message from its founder, Vernon Kerswell, who, by the way, had bought some of the assets from the failed Zano drone project.

He starts by saying he is in China to test the first units off the production line – and shows one in his hand.

He apologises for the delay but says once the Chinese New Year is over, it will be full speed ahead.

But, later, he shows some footage from the drone – just 15 seconds looking at Mr Kerswell and a colleague and rising away from them.

And the footage is washed out and nothing like as “buttery smooth” as promised.

It is a far cry from the promotional video released when the campaign launched, in January 2019, showing stunning views of Apple’s Cupertino headquarters alongside footage from a £2,500 DJI drone and making favourable comparisons between the two.

And it certainly failed to impress a number of the 14,000 backers who had contributed a total of nearly £1.4m to the campaign.

Many took to the comments section on the Indiegogo campaign page to vent their anger.

“Calling it a flying potato is offensive to potato growers,” posted one.

“The difference between the scampaign (sic) video and pre-production model is staggering,” wrote another.

A third wrote: “The video quality was supposed to be buttery smooth – seen your demo, it is not.”

And a fourth asked: “Could you refund please – video quality looks awful like a toy.”

He was fiercely critical not just of the MicroDrone’s video quality but of alleged broken promises about its battery life, camera and weight.

Hall’s video unleashed another wave of furious comments from disappointed backers, many of them demanding refunds.

But when I spoke to Mr Kerswell, he was defiant, insisting unhappy backers were a small minority.

His explanation for the delay was long and complex, involving various production challenges.

The drone had had to be redesigned, he said, because it had not quite been robust enough.

Extreme Fliers had wanted to give backers a quality product, he said, and had consulted with them and kept them informed every step of the way.

With any crowdfunded project there was an element of risk and his backers understood that.

Mr Kerswell had recently returned from China, where the MicroDrone 4.0 is being manufactured, and he had more bad news for those waiting to get their hands on one.

The coronavirus outbreaks has apparently halted production at the factory and it is unclear when it will restart.

“I think we can look to start production in six weeks but the situation is still very fluid,” he said.

So what about the video quality?

“The video is going to be improved, so the footage will be better than what it currently is,” Mr Kerswell said.

But for those backers who had given up and wanted a refund, the message was: “Tough.”

Once people knew refunds were on offer, he said, there could be a stampede, caused by the negative publicity from Ash Hall and others, and it “would potentially lead to the catastrophic failure of the project”.

Mr Kerswell said his company had plenty of experience and a good track record of making affordable tiny drones.

He said the MicroDrone 3.0 had been a success – that is not a universally held view – and the 4.0 would go on to achieve its goals of flying itself while shooting smooth video at an affordable price.

Mr Kerswell is right investing in a crowdfunding project is not like popping out to the supermarket to buy a gadget.

You are taking a bet on something that might not come off – but you may end up with a cut-price product that is truly groundbreaking.

The danger is if too many of these projects fail to deliver on their promises, the whole idea will go right out of fashion.