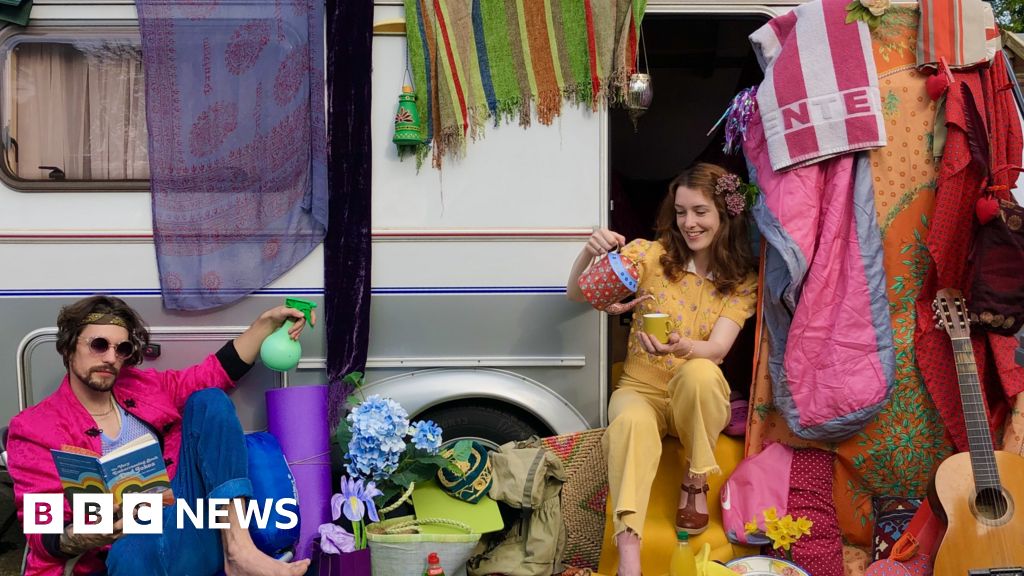 A brother and sister who took part in a social media challenge encouraging people to display rainbows through their daily outfits have said they are “overwhelmed” by the response to their photographs.

Helen Yang, 29, and Thomas Etheridge, 26, from Croydon, were inspired by the Instagram rainbow challenge, which sees people dress in a certain colour each day and take a picture.

The trend began when pictures of rainbows drawn by schoolchildren appeared in windows across the UK during the coronavirus lockdown.

It has since evolved to see London fashion editors and influencers Natalie Wall and Zeena Shah task Instagrammers with experimenting with multi-coloured attire.

But to keep entertained during lockdown, Helen and Thomas wanted to do something a bit different.

“Thomas and I were excited by the idea of searching for the right coloured outfit for each day’s photo. We didn’t stop there though,” Helen said.

Thomas, who has a background in costume design and fine art, was inspired to use the challenge as a way to play around with characters and props, Helen said.

“[The challenge] became a sort of family project as we all looked around the house and in the garage each day for the appropriate items,” she added.

Helen said her family began seeing things in the house and garage that they had not noticed before.

The pair said they were “pleased and overwhelmed” at the response they have received to their posts on Instagram.

Helen said: “Quite a few people told us how they looked forward to seeing our new photo each day and that the photos cheered them up a bit.

“This helped us to feel connected with the outside world at a time when we’re all so far apart.”

Photos by Helen and Thomas Etheridge.