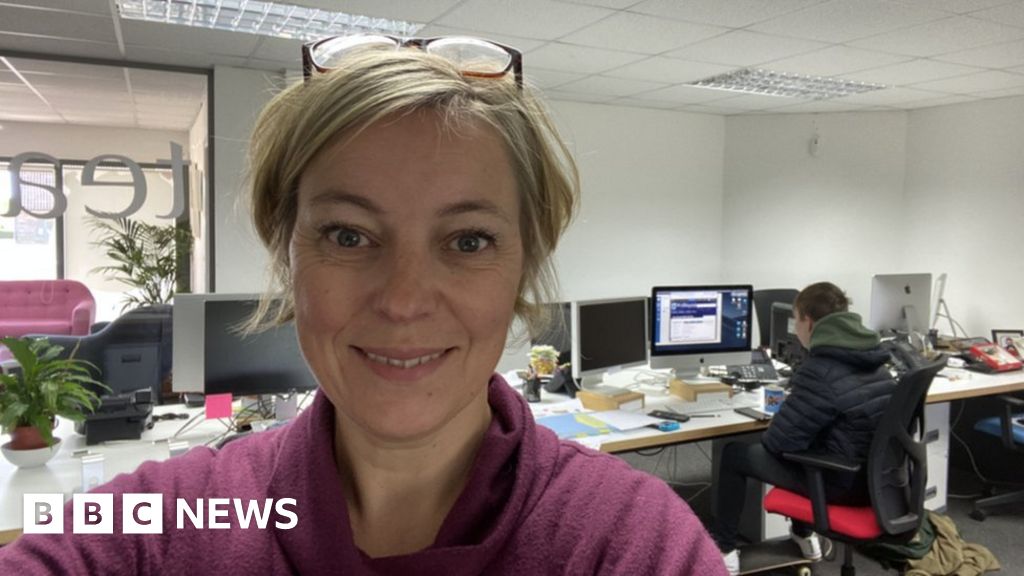 Problems with slow broadband in parts of the west of England have left people unable to work from home during the coronavirus lockdown.

An architect in Somerset said his firm had a “team of two halves” with some colleagues’ ability to work being hampered.

Another couple have had to go into the office and take their children with them as they could not do their jobs or schoolwork using the internet at home.

The publicly-funded Connecting Devon and Somerset (CDS) has been rolling out broadband since 2010 but has faced years of delays and black spots remain.

It said it was working hard to resolve poor broadband speeds in the area.

The Blackdown Hills Parish Network has called for the Department for Culture, Media and Sport (DCMS) to intervene.

The network covers people living in the Blackdown Hills Area of Outstanding Natural Beauty on the Somerset and Devon border.

Lizzie Ginbey and her husband live in the Blackdown Hills and run a graphic design and marketing firm, Teapot Creative, in Hambridge.

Because of the quality of broadband at home they have had to work in the office every day at a time when people doing similar jobs elsewhere in the country may have been working from home in line with government guidance.

Mr and Mrs Ginbey have been taking their three children to work with them for home-schooling. The eldest is sometimes left home alone all day but the younger two have been in the office with them every day.

“We have got fibre but it’s such a long route to our house, about four miles, by the time it gets to us there’s nothing left,” Mrs Ginbey said.

“We wanted to redirect it over a field, which is 200m – but there is no-one to connect it up.

“Being graphic designers, our file sizes are absolutely enormous and with home broadband it’s just not sufficient to be able to cope.

“It’s not ideal, we’d love to be home working. It’s very lonely in here, and very odd without the other people.

“It means the children are having to come with us because I have three children who need my help and they need internet access as well.”

Meanwhile, Jill and Jonathan Barker, who run Middlewick Cottages, paid £10,000 for a fibre line to be installed after guests at their holiday accommodation complained about slow internet access.

They now face a £600 monthly bill but the business has had to close during lockdown.

Mrs Barker said: “It was one of those things that we always got marked down on our review scores because the internet was so bad.

“People expected to have high speed internet and that became increasingly obvious as time went on and we had to do something.”

‘You have to adapt’

Normally they would be fully-booked all year round with corporate or wellness retreats, Mrs Barker said.

She said she hoped their provider would offer rebates or discounts for services they were not using.

“It is frustrating, it is one of the many bills you pay for when you have a complex or hotel.

“You don’t expect to get it back but you have to adapt and get through each day.”

In the meantime she has been trying to make up for the lost income by expanding her farm shop which she said had turned into a “little trading post” for the community of Glastonbury, attracting people who did not want to go to supermarkets.

But he said the fact people were now accessing it from home was causing further problems.

“The key issue is that the one person in the loop who has the poorest broadband brings the whole system down,” he said.

“Some of us can work incredibly effectively and others can’t, so as a result you work as the lowest common denominator much of the time.”

“It’s all about connecting to our server on the internet cloud and downloading files, that’s where it grinds to a halt,” he said.

“It slows up my computer to download or upload information, that’s where I’ve really struggled.”

The DCMS said the government was investing £40m in Devon and Somerset’s rural broadband.

“While Connecting Devon and Somerset has already brought superfast broadband to more than 300,000 homes and businesses in the region, we recognise there is more to do,” a spokesperson said.

“We continue to work closely with the project to remove the barriers to rollout and welcome the steps being taken to procure a new provider.

“This will help get better connectivity to the underserved parts of the region as quickly as possible.”