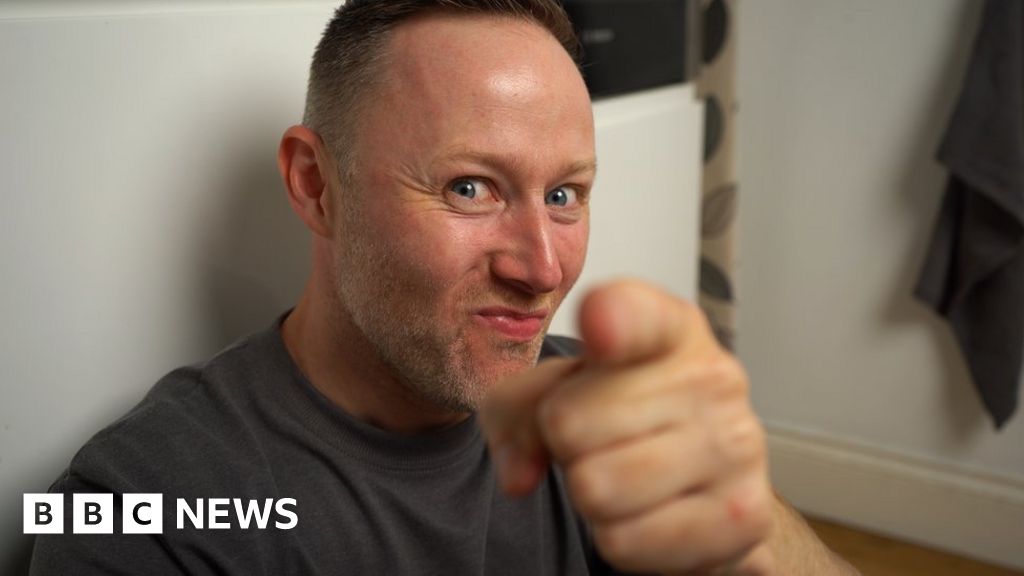 Scottish comedian Limmy says the coronavirus has not affected him at all because sitting in the house all day is what he does anyway.

“I’m quite a hermit,” he says. “I don’t drink anymore, I don’t go up the town and I’m not interested in events and parties.

“This has made no difference to my life.”

In fact, he says his new TV three-part series, Limmy’s Homemade Show, looks like it was something he has done since lockdown began because it is all filmed in his house in Glasgow – but it is just his preferred way of working.

“It’s all just me talking to myself, me playing all the parts,” he says in an interview with BBC Scotland’s The Nine.

There are a few shots outdoors but even then he was careful not to have other people in shot. Social distancing was his mode of working before the term became popular.

He says he wonders if other people will now understand how he has always felt.

It featured fantasy gamer Falconhoof and paranoid stoner Dee Dee, a character whom Limmy admits was based on a period in his own life.

He made three series of Limmy’s Show and has written two short story collections and an acclaimed autobiography.

Before he found fame in his mid-30s, he had been a website designer who posted funny clips that often went viral, even in the days before Youtube and smartphones.

He says he has been into computers since he was very young but had a misspent youth where he was into taking acid and hanging out with the wrong crowd.

In his brutally honest book Surprisingly Down to Earth and Very Funny he tells how he almost ended up in prison after being with a gang that stole a car.

Now 45 and the father of a nine-year-old son, Limmy says sitting at home playing computer games is “one of my most favourite things”.

He finds it hard to believe that most people his age don’t spend all their time gaming.

But Limmy does not just sit on his console alone, he has made a career out of streaming himself playing games such as Call of Duty: Modern Warfare and chatting to thousands of fellow gamers on twitch.tv.

“When streaming came out years ago I loved it,” he says.

“I loved having an audience, I loved chatting away and looking at a live chat and now on twitch you can actually get a career at it.

“I’m fortunate enough to have a job where I’m sitting playing games and just chatting away.”

He says streaming suits him perfectly because there are no deadlines or paperwork. “You just click ‘go live’ and that’s it,” he says.

Although he used to have a “real” job, Limmy says he was never really suited for the office environment and thinks it would be very odd now if he was ever to need to go back to that.

This first episode of his new series imagines how he would be greeted if he had to return to an office job in Glasgow’s financial services district.

With his new series being picked up by BBC Two for the whole of the UK, there is no sign that Limmy will have to leave the house to go to an office in the near future but there is one thing that worries him.

“If the internet went down or there was no telly I would be ‘oh no, oh no’.”