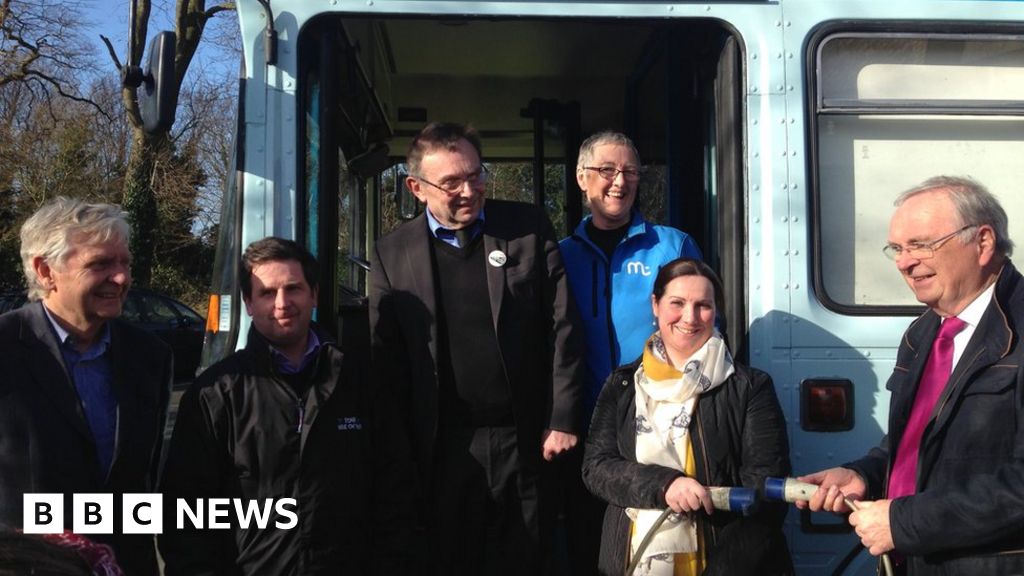 The Isle of Man’s computer bus has been “retired from service” after serving Manx primary schools for 22 years.

Launched in 1998, it was used as a base from which to teach Information Technology to about 100,000 children.

The bus visited Sulby Primary School – where it had been originally launched – for the final time on Tuesday for an official “unplugging” ceremony.

The teacher behind project, Alex Townsend, is also retiring from his role as “the computer bus man”.

While teaching at St Ninian’s High School, he came up with the idea of converting a bus into a mobile classroom to teach students about the brave new world of the internet.

In 2014 he was recognised on a list of “pioneers” who had made a “profound impact” with the use of technology giant Apple’s computers.

Mr Townsend said changes in technology in recent years meant the use of desktop computers had “gone round in a circle” for children.

He said: “The only time they come across what many of would regard as a big computer is at school, and if we don’t provide it for them, they aren’t going to see it anywhere else.”

Commenting on his retirement, he said it was “the people that I shall miss”.

Joel Smith, of the Department of Education, Sport and Culture, said it could be argued that the increase in mobile technology in schools, including the use of tablets, had led to the “idea of a bus that brings so many machines around different parts of the island [becoming] rather obsolete”.

However, he said Mr Townsend “should be rightly congratulated for his service to education and the department… [and] also to children throughout their learning journey in schools”.