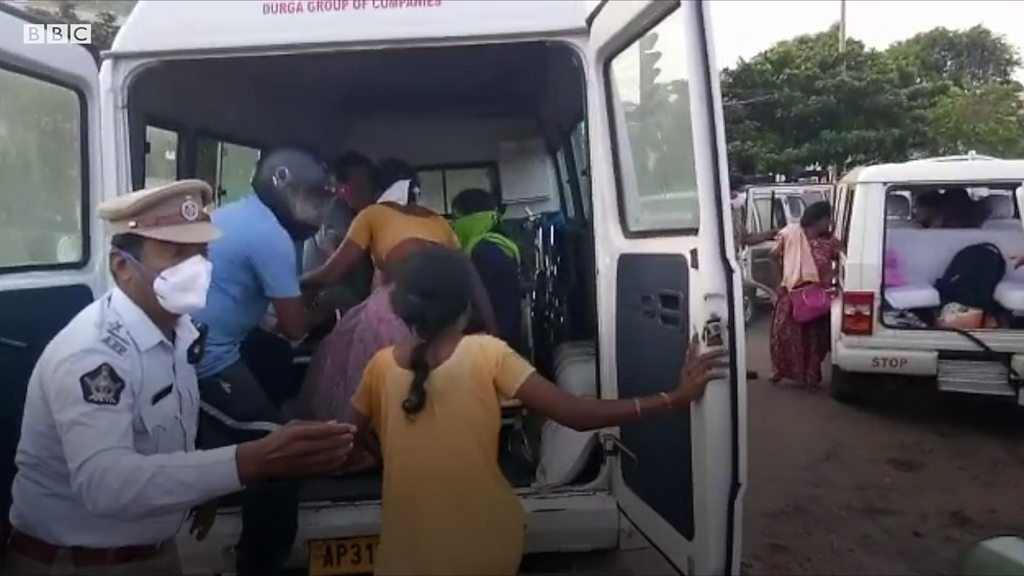 Indian police have filed charges of culpable homicide against managers of LG Polymers over a gas leak at the plant that killed 11 people.

The leak at the site, owned by South Korean company LG Chem, occurred early on Thursday morning in the city of Visakhapatnam, Andhra Pradesh state.

Hundreds were taken ill and rushed to hospital, while thousands were evacuated from surrounding villages.

The dead include six females – two of whom are children – and five men.

Officials said most of those who were admitted to hospital on Thursday have since been discharged. Some 120 people are still being treated, but are stable.

The leak happened as the plant was being re-opened for the first time since 24 March, when India went into lockdown to curb the spread of coronavirus.

The company said in a statement that it was investigating the cause of the incident, and was looking at ways “to provide speedy treatment” for those affected.

The cause of the leak is still unclear and investigation is underway, officials said. But the charges against the company include causing death by negligence.

“There is no more leakage happening, but the smell remains. It perhaps will linger for some more time,” the city’s deputy police commissioner, Gautam Sawang, told BBC Telugu.

People living near the plant say they woke up in the early hours to the smell of the gas and fled their homes.

They were taken to hospital, complaining of a burning sensation in the eyes and difficulties breathing. The fumes had spread over a radius of about 3km (2 miles).

Distressing images of people fainting and dropping unconscious on the streets were shared on social media.

India has a tragic history of gas leaks.

In 1984, a toxic chemical leak in a pesticide plant in the central city of Bhopal killed thousands of people, in what is acknowledged to be the world’s worst industrial disaster.

More than 35 years later, victims say children are still being born with disabilities because of the effects of the methyl isocyanate gas spill.

What is Styrene and how can exposure affect humans?

Sources: The PHE Centre for Radiation, Chemical and Environmental Hazards and US Environment Protection Agency