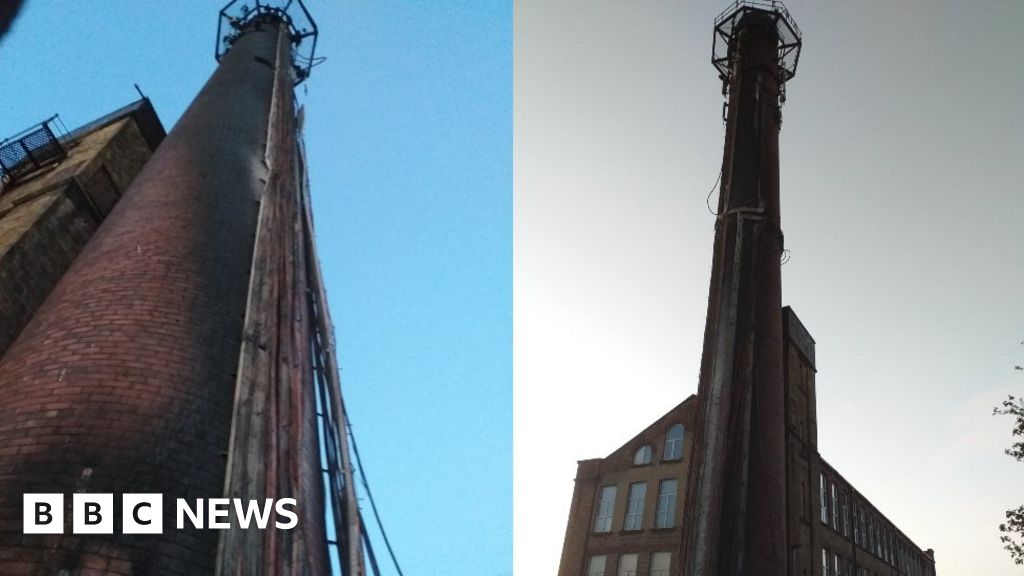 A phone mast fire led to dozens of people being evacuated from their homes in Huddersfield in the early hours.

It is not yet known what caused the mast, which is attached to a chimney at the Fearnleys Mill development, to go up in flames.

But it comes after a number of phone masts around England have been set on fire amid claims of a link between 5G and coronavirus.

Scientists have dismissed the theories as “complete rubbish”.

West Yorkshire Fire and Rescue Service said the blaze “posed risk to occupants” of 37 flats in a converted mill beside the chimney.

Six crews were called to the “significant fire” at about 01:30 BST on Tuesday.

West Yorkshire Police said officers were working with the fire service to determine the nature of the incident.

Huddersfield is on mobile phone provider EE’s list of 71 cities and towns where 5G is being rolled out.