Hamilton release to be released a year early on Disney+ 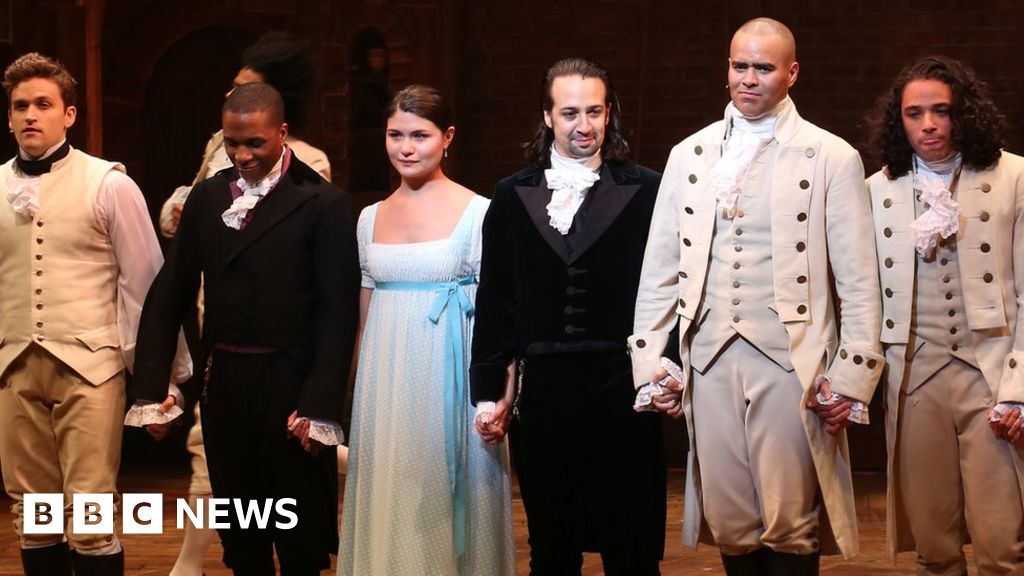 Hip-hop musical Hamilton is to be released a year earlier than expected, and on on Disney+ rather than cinemas.

A filmed version of the multi-award-winning Broadway musical was originally scheduled for release in 2021.

But Hamilton’s star and creator Lin-Manuel Miranda tweeted: “It’s only a matter of time… Our Hamilton film. THIS July 3rd. On Disney+.”

An adaptation of his first hit musical In the Heights has had its 2020 cinema release postponed until next year.

The threat of the coronavirus has forced cinemas to close around the world and led to the postponement of film releases – and for those in production to be put on ice.

The Hamilton film was made in New York’s Richard Rodgers Theatre over the course of three performances from 2016 and will give fans a chance to see the original Broadway cast, including Miranda, Christopher Jackson, Renee Elise Goldsberry and Daveed Diggs.

The show tells the true story of the American revolution and the invention of the US banking system, through the eyes of the ambitious first US Secretary of the Treasury Alexander Hamilton.

Disney boss Robert Eger said Hamilton’s story was apt to be made available via streaming due to the difficult circumstances of the Covid-19 pandemic.

Other stars from the show have also taken on a variety of projects since appearing in Hamilton.

Leslie Odom Jr, who played Aaron Burr in the production, released a self-titled album and starred in the title role of the musical adaption of Amélie.