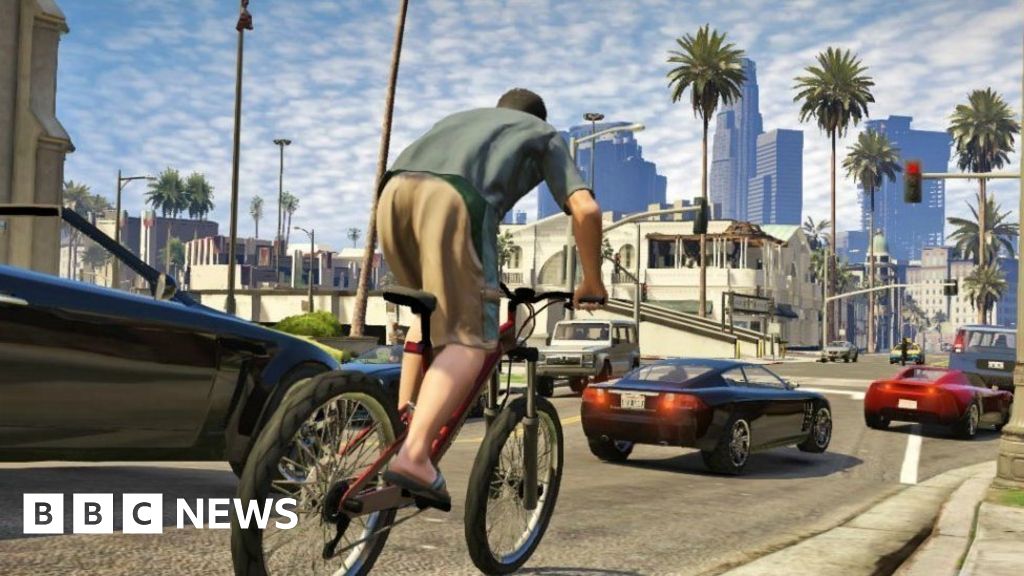 Within minutes of making the game free online the swell of demand caused the site to slow and send error messages.

Epic blamed the slowdown on “heavy traffic” and said it was working to fix the problem.

Grand Theft Auto, known as GTA to fans, is made by Rockstar Games and is one of the top selling gaming franchises.

Every week Epic Games makes a ‘mystery game’ available without charge on its store. The games are available for PCs or Macs. Users who download the week’s mystery game can keep it forever, even when the free to download period expires.

On Wednesday it was announced Grand Theft Auto V would be this week’s game.

The game became available at 11:00 EDT (15:00 GMT). Within minutes of the launch users began to report slowdowns and error messages.

We are currently experiencing high traffic on the Epic Games Store.

We are aware that users may be encountering slow loading times, 500 errors, or launcher crashing at this time and we are actively working to scale. We’ll provide an update as soon as we can.

Grand Theft Auto V has earned more than any other single game ever released, according to MarketWatch. More than 100 million copies have been sold since its release in 2013.

The slowdown and crashes appear to have lasted several hours and caused problems on other Epic platforms as well.

Fortnite, which is made by Epic, appeared to be having trouble with its launcher and the mobile game Battle Breakers was also exercising issues.

The offer to download Grand Theft Auto V runs through 21 May. In January, Epic Games said it planned to give away free games each week through 2020.