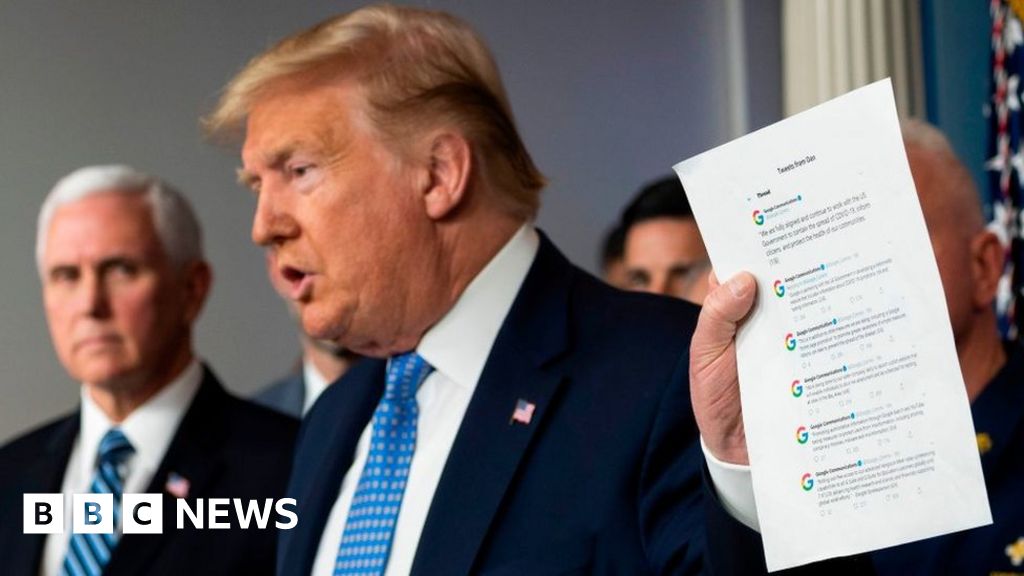 A coronavirus testing project by Google has been thrown into confusion over comments made by US President Donald Trump.

He said the company was developing a website for all Americans to check whether they should get tested.

However, Google’s sister company Verily had actually been working on a pilot limited to California’s Bay Area.

Two sites launch on Monday – but only the localised one contains screening features for tests.

The Verily site was “in the early stages of development and planning to roll testing out in the Bay Area, with the hope of expanding more broadly over time”, the company said in a statement.

“We will take the time to assess operations at pilot sites in the Bay Area before rolling out to additional sites.”

The other site is being built by Google itself.

On Friday, the President Trump promised a nationwide website that would be at the core of the government’s screening process and claimed 1,700 Google engineers had made “tremendous progress”.

“Google is helping to develop a website,” he said.

“It’s going to be very quickly done – unlike websites of the past – to determine whether a test is warranted and to facilitate testing at a nearby convenient location.”

On Sunday, Google chief executive Sundar Pichai confirmed a website dedicated to “education, prevention, and local resources nationwide” would be rolled out on Monday, in partnership with the US government.

But the separate Verily website remained in the early stages of its pilot, limited to California’s Bay Area, although the plan was to expand to other locations over time.

“In this unprecedented moment, we feel a great responsibility to help,” Mr Pichai said.

“We’ll keep doing everything we can to deliver on our mission and help people take care of themselves and their communities.”

As well as these two websites, Google has been promoting health information on its homepage and YouTube, as well as updating Google Search and Maps regularly with any business or school closures.

Last week executives from Amazon, Google, Microsoft, Apple and Facebook met officials at Downing Street to discuss their role in the coronavirus crisis.

Google has also launched a feature for UK users searching for different health conditions and symptoms that prioritises NHS information above other search results in an effort to combat misinformation.