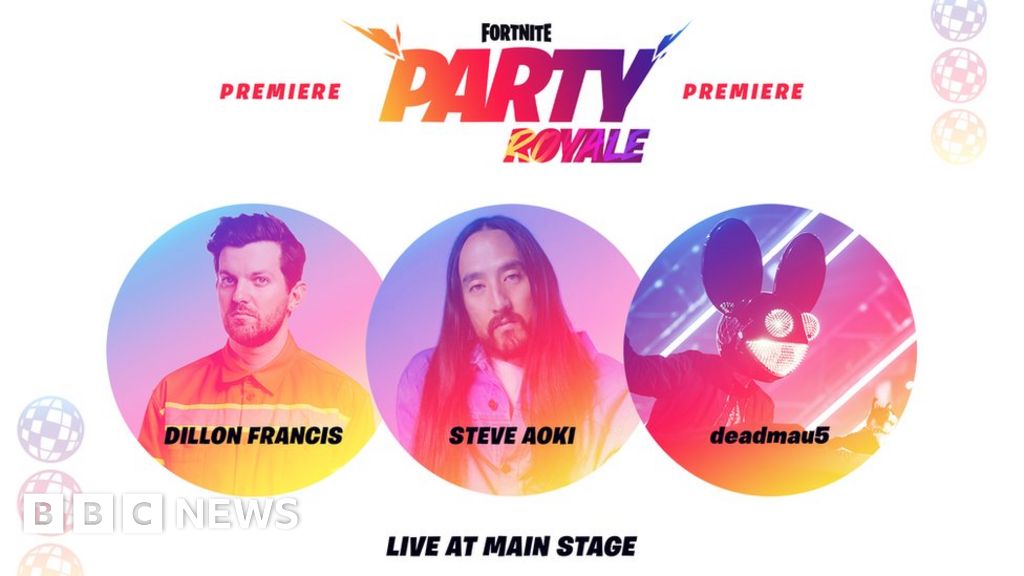 The “party royale” will take place this Friday 8 May at 21:00 EDT (01:00 GMT Saturday) with an encore performance the following day.

Fortnite has seen a surge in virtual meet-ups during the Covid-19 pandemic.

Epic said in April the game had 350 million registered players that collectively spent over 3.2 billion hours in the game.

The company has used live concerts as a way of keeping players engaged.

The first show with Travis Scott had 12.3 million concurrent participants.

350m registered players is an impressive number that makes the game, on paper, more popular than ever. But 350 million people registered does not mean everyone is actively playing. I myself have three Fortnite accounts (don’t ask why) and Epic is not giving us details like “monthly active users”.

The popular consensus was that Fortnite had peaked, possibly at the world cup event last year which made headline news, thanks to teenagers becoming millionaires during the competition. Since then, the number of people watching the game on streaming platforms like Twitch has been in decline.

However, even if the figure is not truly representative of the fanbase, it’s clear that the game is still one of the biggest in the world and in the top tier of both e-sports and casual gaming.

The reason for releasing the figures is also telling as Epic is positioning Fortnite as more than a game. It wants to become a multi-purpose space and with potentially hundreds of millions of people logging in to “chill with friends”, it could rival some social media platforms if successful.

This “party royale” will take place on a new island that players will be able to access even when live events are not taking place.

Epic said this was a chance for players to “leave their weapons” and “hang out with friends”. Usually Fortnite players engage in battles with one other to be the last player remaining.

Apart from the concert, players on the party royale island will be able to try aerial obstacle courses at Skydive Rift and participate in boat races at Fishsticks’ Boat Race and grab new items in The Plaza.

Any player who logs on to Fortnite between 18:00 EDT on Friday and 10:00 on Monday will receive a free music-reactive Neon Wings Back Bling for their avatars.

In its announcement of the party royale premier, Epic called the island a “new experimental and evolving space”.

The idea of Fortnite as more than a game isn’t new. Last December, the company’s founder, Tim Sweeney was asked on Twitter if he viewed Fortnite as a game or platform.

Mr Sweeney responded, “Fortnite is a game. But please ask that question again in 12 months.”

During the coronavirus pandemic, while friends are unable to meet in person, gaming platforms have become a more popular space to connect and hang out.

Nintendo’s Animal Crossing and The Sims has been used by some firms to host business meetings.

Fortnite hosted concerts before the pandemic, but non-combat play may become more important to it and other games as social distancing becomes a regular feature of life post-coronavirus.