Fifa streamer Kurt0411 banned from all EA Games for ‘abuse’ 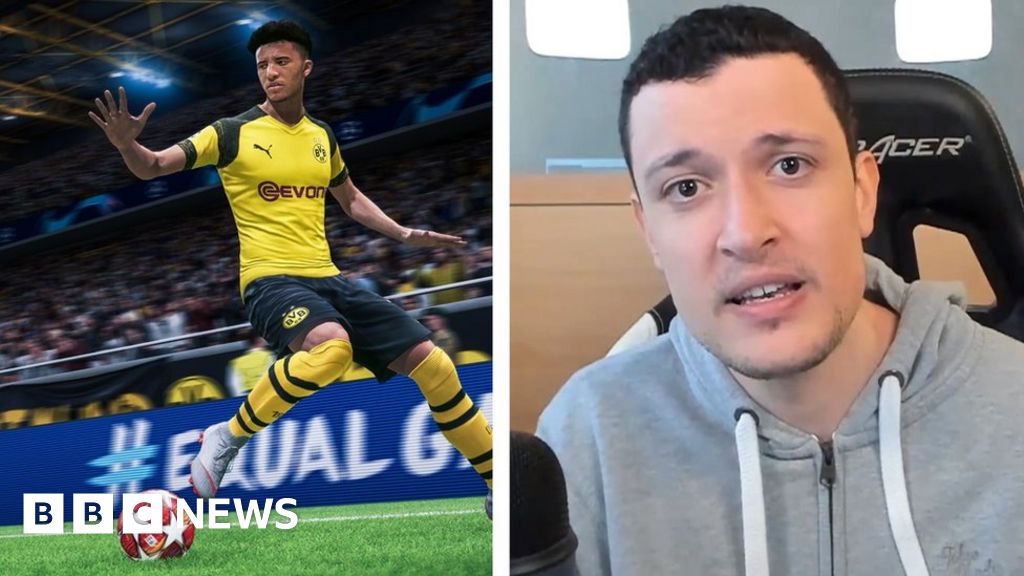 Entertainment giant EA Games has banned a well-known streamer from playing any of its titles, citing abusive conduct.

The company said Kurt Fenech, known online as Kurt0411, had posted “abusive and threatening messages” about its employees.

It said it had banned his account and blocked his console from accessing its games.

Mr Fenech denied making abusive remarks and told the BBC he thought the ban was an “abuse of power”.

The gamer has more than 100,000 subscribers on YouTube and often attracted more than 10,000 viewers to his live streams of the Fifa 20 football video game.

He was also an outspoken critic of EA Games and the Fifa games, criticising the software and its developers in his YouTube videos.

He has highlighted technical issues and frustrations with the software, which EA says has more than 10 million players.

Other players have been critical too.

The world’s top-ranked Fifa 20 player Donovan Hunt, known as Tekkz, recently said at a professional event: “It’s so unrewarding, anyone can win, guys who aren’t good can win at Fifa 20 and no-one enjoys playing it.”

EA Games said it was “open to feedback and constructive criticism” but would not tolerate “toxic behaviour”.

It sent Mr Fenech a “final warning” in March 2019 for violating its code of conduct for professional players.

In November 2019, Mr Fenech was banned from all competitions after EA said he made “additional online attacks against competitors and EA employees”, which he denies.

Mr Fenech responded: “We use their slowness and delayed movements to our advantage.”

And in a video uploaded in February, he named and criticised an EA community manager, showed doctored images of the man and called him a “bum”.

EA said it had banned Mr Fenech because he “continued to post abusive and threatening messages and videos about EA employees and competitive players on social media and has encouraged others to do so”.

Some of Mr Fenech’s Fifa videos have been taken down from Twitch and YouTube after copyright claims purporting to be from EA Games.

Speaking to the BBC, Mr Fenech said: “Upon reflection I could see that I definitely did push the limits and, although merited, I shouldn’t have made it as personal as I did.

“I accepted the initial account ban even though I deemed it harsh. But to then realise that the ban means I can never stream Fifa ever again is absolutely ridiculous and a clear abuse of power from EA.”

The video-maker says he will continue to stream other video games and has already broadcast himself playing Pro Evolution Soccer, a rival game published by Konami.

“I just gave my opinion – albeit harsh opinion – on everything EA has been doing wrong, but I guess in today’s world you can’t even give that,” Mr Fenech told the BBC.

“The only explanation is I became too much of a threat to a company, which has an obligation to provide a decent football game for football fans worldwide but in the past few years has stopped caring about us and is only interested in making money.”

“Community outrage does nothing to them while money pours in,” said one Fifa streamer on Twitter.