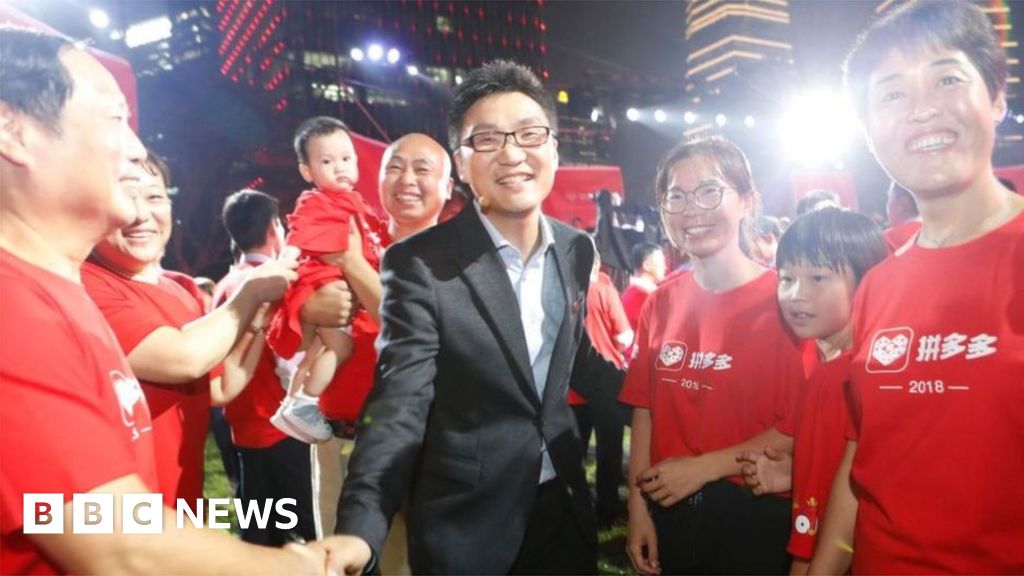 A former Google employee was briefly ranked the second richest person in China, following a surge in sales at his e-commerce business, Pinduoduo.

Mr Huang was previously an intern at Microsoft and then spent three years as an engineer at Google.

“These three years were incredibly valuable to me,” he blogged in 2016.

“Google gave me far more than I contributed.”

According to Forbes, a slip in Pinduoduo’s value has since given Mr Ma back the second spot.

And the company became particularly popular in China during the Covid-19 pandemic, with orders increasing from 50 million to nearly 65 million per day.

Its novel features include team buying, where customers come together to purchase more units at a lower price.

Customers can also play games on the site and are sometimes rewarded with free gifts.

In his 2016 blog, Mr Huang said some early Google employees had been adversely affected by quickly becoming wealthy.

“They suddenly got too much money, lost incentives to work and started to look for fun and new careers,” he wrote.

“Many years passed and they wasted their most precious time, when they were most likely to have other outstanding achievements.”

Mr Huang still has some way to go to catch up with the world’s richest technology billionaire, Jeff Bezos.

Forbes currently estimates the Amazon founder is worth $162.2bn.