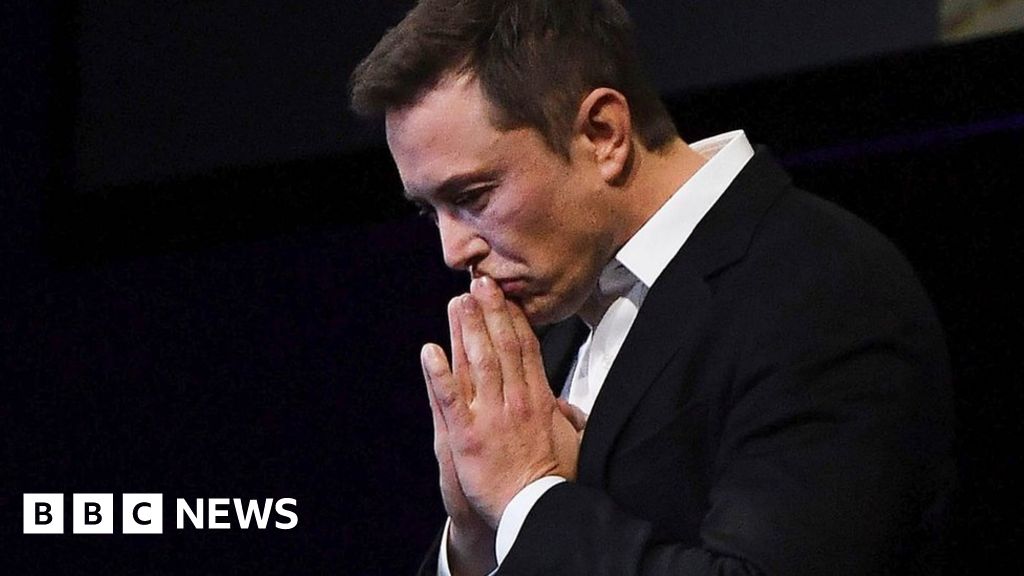 Tesla’s founder Elon Musk wiped $14bn off its value after tweeting its share price was too high “in my opinion”.

The tweet also knocked $3bn off Mr Musk’s own stake in Tesla as investors promptly bailed out of the company.

“Tesla stock price is too high imo,” he said, one of several tweets that included a vow to sell his possessions.

In 2018, a tweet about Tesla led to regulators fining him $20m and agreeing to have all further posts on the platform pre-screened by lawyers.

The Wall Street Journal reported it had asked the billionaire if he was joking and if the tweet was vetted, receiving the reply “no”.

Tesla’s share price has surged this year, putting the company’s value at close to $100bn, a mark that would trigger a bonus payment of hundreds of millions of dollars to the entrepreneur.

“We view these Musk comments as tongue in cheek and it’s Elon being Elon. It’s certainly a headache for investors for him to venture into this area as his tweeting remains a hot button issue and [Wall] Street clearly is frustrated,” Wedbush Securities analyst Daniel Ives told the Reuters news agency.

In 2018, Mr Musk tweeted that he may have secured funding to possibly remove Tesla from the stock market and take it private, which again led to swings in the share price. The Securities and Exchange Commission judged it a market-moving comment, fined him and forced Tesla to put in place checks to ensure it did not happen again.

But last month, a federal judge said Tesla and Musk must face a lawsuit by shareholders over the going-private tweet, including a claim that Mr Musk intended to defraud them.

Earlier this week he tweeted to his 33.4 million followers some strong criticism of US stay-at-home restrictions because of the coronavirus pandemic. He also found himself in court last year after tweeting that a British diver was a “pedo guy”.

In other tweets on Friday, he posted that his girlfriend is mad at him, while another the simply said: “Rage, rage against the dying of the light of consciousness.”

Mr Musk said the promise to sell his possessions included his house, formerly owned by actor and producer Gene Wilder, and bought in 2013. “One stipulation on sale,” he tweeted, “I own Gene Wilder’s old house. It cannot be torn down or lose any of its soul.”