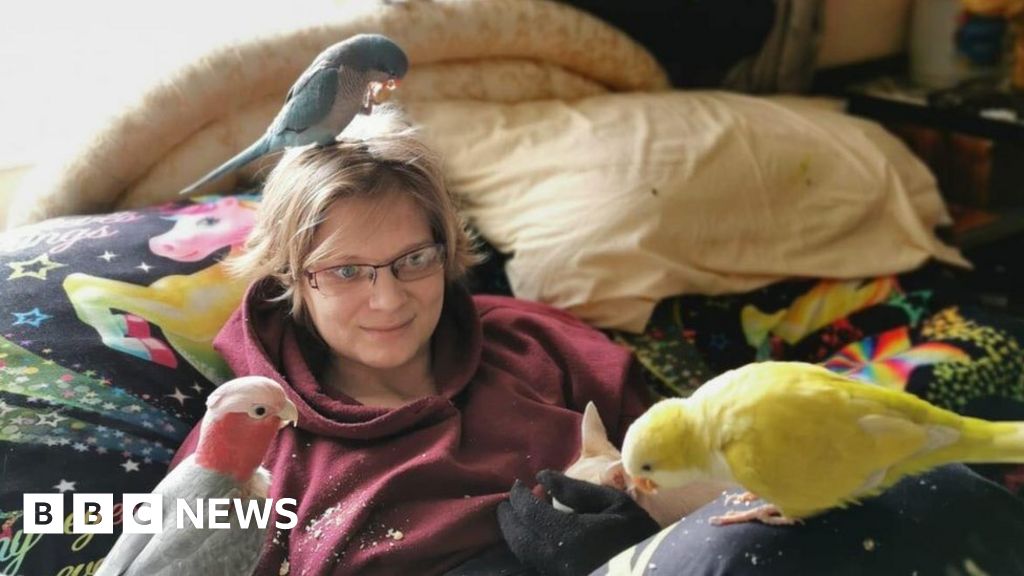 A housebound woman has been “blown away” after hundreds of people responded to her social media invite to meet her and her flock of exotic birds.

Rachel Pickett-Nunn from Lowestoft, Suffolk, said the birds “saved her life” after her mental health deteriorated due to her worsening disability.

She hopes her “wonderful, silly and tame” birds can also help other people.

“It could be a nice way to make some friends,” she said.

She said training her seven birds, which include parrots, a love bird and a cockatoo, was “fun and energetic…and gives me a purpose”.

Mrs Pickett-Nunn, 31, who has Ehlers-Danlos syndrome and an auto immune disease, said the birds “offered her companionship at the darkest times”.

“They all have their own personalities, they’re like little people.” she said.

After becoming mostly housebound last year she became “bored, lonely and isolated” but says the birds “saved her life” due to the unconditional love she felt they gave.

What is Ehlers-Danlos syndrome?

Mrs Pickett-Nunn, who also has anxiety, said she was hesitant to post the invite on Facebook because she was worried people would “take the mick” but she has only had positive responses.

“I spend all day, every day with my parrots and they’re all very tame now and love people so why not share it? I’m stuck here and I have no social interaction,” she said.

“It could be a nice way to make some friends. I’ve lived here for four years but because of isolation with becoming ill I’ve not had the opportunity to make friends.

“Being stuck within these four walls can really affect your mental health.”