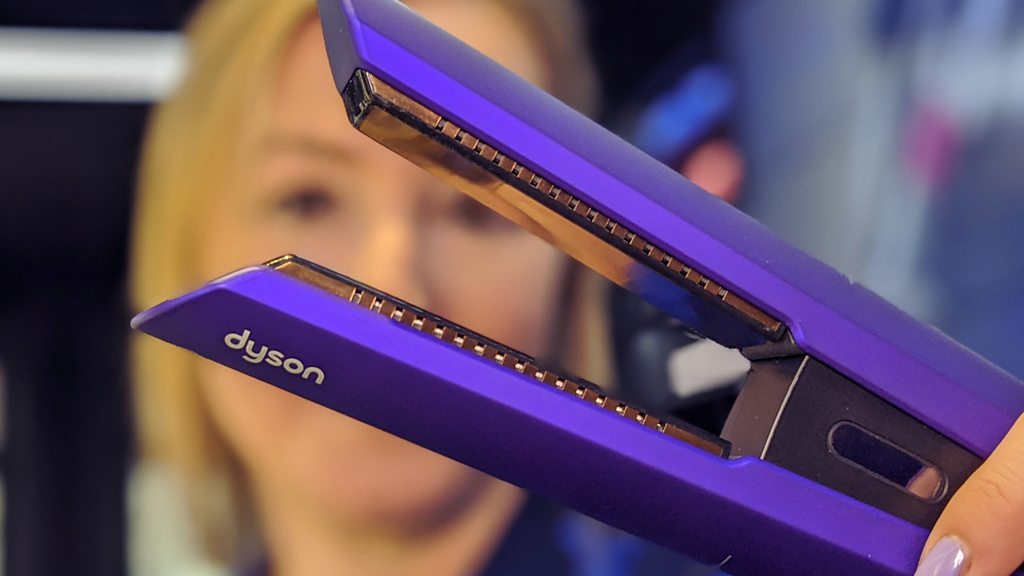 Dyson has launched a £399 product designed to halve the damage caused by traditional hair straighteners.

But production of the Corrale, in Malaysia and the Philippines, has been hit by the coronavirus outbreak.

“It has caused problems, we have some components made in China,” chief executive Sir James Dyson said, adding he was “hoping to overcome” the issue.

Dyson shifted production from the UK to Asia in 2002 and last year announced it was also moving its HQ to Singapore.

The Corrale, which has spent seven years in development, uses flexible copper plates the company says limit damage by ensuring the hair is more evenly heat-treated.

“We tend to design a product without compromise, we’re not designing to a price,” Sir James said.

He added the product, which has 30 minutes of battery life from a 70-minute charge, should last for five to six years.

“However, for some people with long, thick hair, 30 minutes might not be long enough in terms of its battery life – it takes me at least 20 minutes to do mine,” she said.

But she added: “You do get damaged hair and loss of colour from using straighteners – these are legitimate concerns, so if this product does what it says on the tin then it’s impressive.”

Martin Carter, though, said he would not be buying the Corrale for his Brighton hair salon.

“I would not go down the route of spending £399 on a straightener, when there are already other products on the market, like Kerastase, that treat and straighten the hair,” he said.

GHD is widely recognised as the market leader – but there is a huge range of rival products, starting at about £20.

And, in November, L’Oreal released the third generation of its £235 hair straightener, the Steampod.

Like the Corrale, it has three heat settings but has to be plugged in to a power supply and requires de-ionised water.

In its review of the Steampod 3.0, Good Housekeeping noted while the steam made styled hair feel “hydrated”, it was also noisier than other straighteners and some found it “time consuming” to set up.

Dyson is best known for its vacuum cleaners and hand dryers but moved into the beauty technology space in 2016 with the launch of a £299 hairdryer..

Sir James said its design was “not commercially viable”.