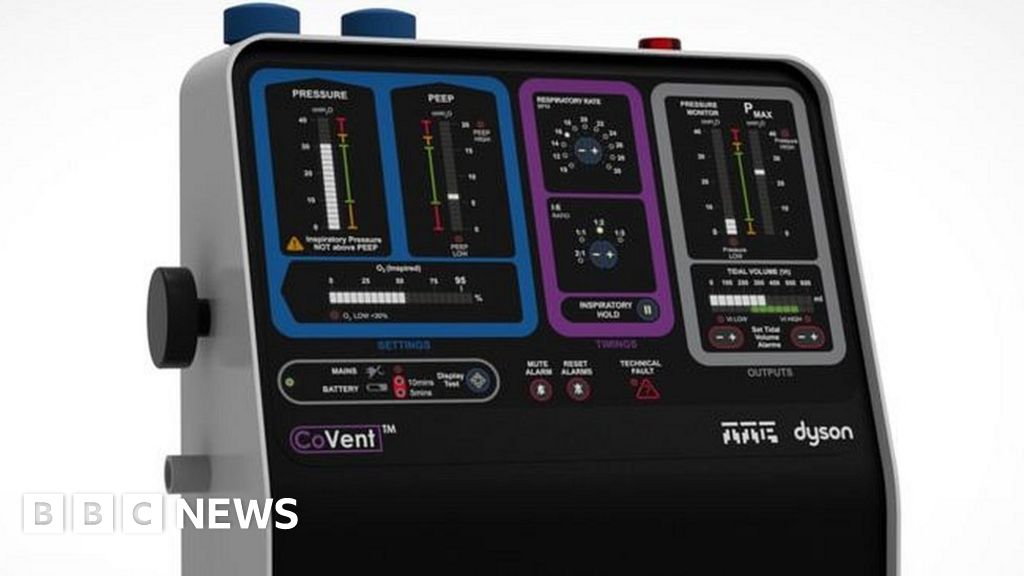 Dyson said the medical ventilator it developed to help treat patients with Covid-19 is now no longer required.

It began developing a device in response to a government appeal for firms to take part in a national effort to increase the number of ventilators.

But in a note to staff, founder Sir James Dyson said that demand for ventilators had been less than first envisaged.

The Cabinet Office said that tests on ventilators are still ongoing.

Dyson’s ventilator has been undergoing clinical tests in recent days and the government had previously said it intended to order 10,000 machines.

But Sir James told his staff that only a quarter of those available were currently being used.

As a result, he said, the government did not need to acquire as many of them.

The company has so far spent around £20 million on the project, which Mr Dyson said he would fund himself, without asking for public funds.

The Cabinet office, which has been coordinating the effort to boost ventilator production, insisted that a number of devices were currently undergoing testing and no decisions had been made regarding their use.