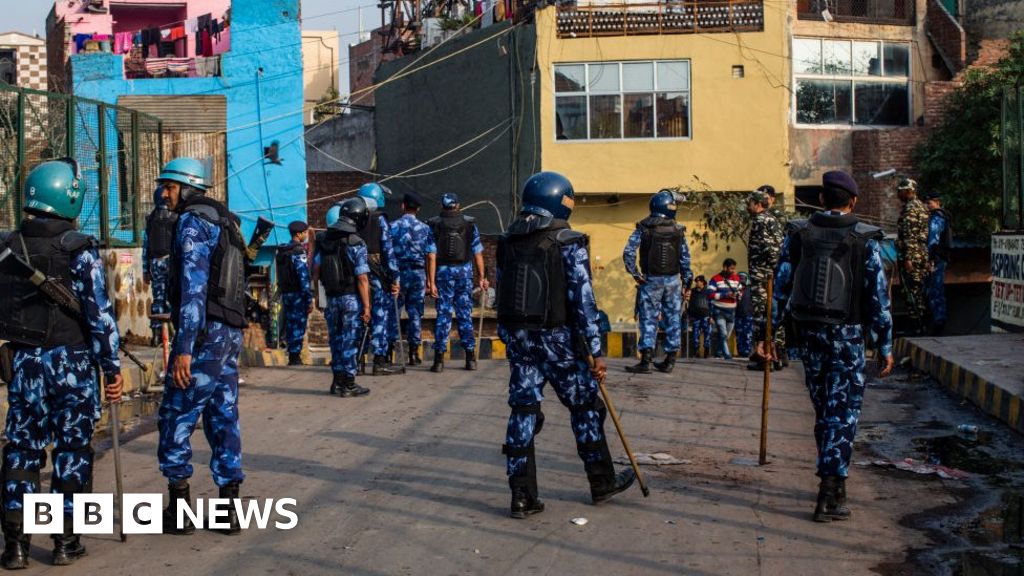 Rumours of mob attacks across Delhi have made for a tense night in the Indian capital, which is still reeling from the aftermath of deadly riots.

On Sunday, false reports of violence and homes being burned were being widely circulated on WhatsApp.

Police issued statements and legislators took to the streets to reassure people they were not true.

The death toll from the three days of violence in Delhi last week, largely targeting Muslims, has risen to 46.

More than 200 others were injured in the violence, which first broke out between supporters and opponents of a controversial citizenship law that critics say discriminates against Muslims.

However, the violence soon took on communal overtones with reports of many Muslim shops and homes being attacked.

Although the dead and injured comprise people from both the Hindu and Muslim communities, it is largely Muslims who have been affected, with thousands being displaced.

Even though the violence had largely abated by Wednesday, the city remains on edge.

On Sunday evening, reports of renewed mob violence in a number of areas in west and south-west Delhi began circulating on WhatsApp.

Some unsubstantiated reports of tense situation in SouthEast & West District are being circulated on social media. It is to reiterate that these are all rumours. Don’t pay attention to such rumours. Delhi Police is closely monitoring accounts spreading rumours and taking action.

The rumours included everything from reports of gunshots, of armed groups marching in neighbourhoods while chanting slogans, and houses being set on fire.

One train station in the area was shut amid reports of mobs gathering.

People stayed inside their homes, and there were reports that taxis and three-wheeler drivers were refusing to pick up passengers.

As the messages spread, police were inundated with calls. More than 500 distress calls were made from west Delhi alone, causing a mobile network jam in the city.

The police then put out a statement, saying the reports were unsubstantiated and asking people not to spread rumours.

BBC Hindi’s Dilnawaz Pasha said reports of clashes were being reported from many parts of the city.

“That was due to fear and panic – when street vendors hear these rumours, they flee as they are most vulnerable to violence,” said

“People record videos of this and post it on WhatsApp. These videos then go viral causing further panic.”

The panic subsided only after police reached out to religious leaders, asking them to help maintain calm in their communities, our reporter added.

Earlier that day, police had detained a crowd of Hindu youth who were shouting “shoot the traitors” in Rajeev Chowk, one of the busiest metro stations in Delhi.

There were also reports of similar slogans being shouted inside trains.