Coronavirus: What if this had happened in 2005? 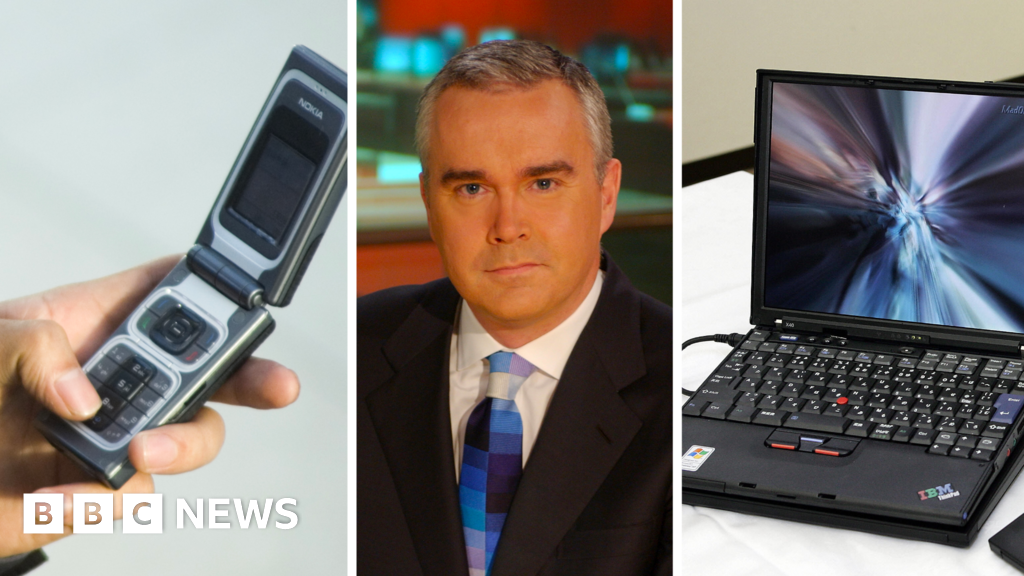 We are living through the most disruptive period in our nation’s history since the end of the war.

I just about remember seeing the newsflash about President Kennedy being shot. The fall of the Berlin wall and 9/11 are seared in my memory. But nothing compares to this pandemic in terms of the impact on everyday life.

But as I spend my day holding video-conferencing sessions with colleagues, FaceTiming my son and granddaughter stuck in a flat across London, and updating my various social networks, one thing strikes me: what if this had happened in 2005, just before the smartphone era began?

Many of the digital tools we are using to keep connected, fed and sane either did not exist back then or were available to only a few.

Facebook was one year old, but was still an American college phenomenon, only arriving at UK universities in the autumn of that year.

Neither Instagram or WhatsApp had been thought of. And talk of “social media” would have drawn puzzled looks, even though many people were rediscovering old school friends via Friends Reunited, which was bought by ITV in 2005.

YouTube was born that year, Twitter would come along the following year, and it was not until 2007 that Apple launched the iPhone.

Smartphones are now our main gateway to the internet, even when we are all at home.

Fifteen years ago, about eight million households had a broadband connection. Their desktop computers could access the internet at speeds up to 10 megabits per second (Mbps) – meaning that it would take about a minute and a half to download an album. Another seven million homes were still crawling along on dial-up connections.

That means all sorts of services that are currently proving vital were only just getting off the ground.

Skype had been started by Estonian entrepreneurs in 2003, but was still just an internet telephony and conference-call service. It did not add video until 2006.

If you did want to video chat with a counterpart you needed high-end, expensive equipment. Now we are using FaceTime and WhatsApp to see as well as speak to family and friends.

We are also discovering services such as Zoom and Bluejeans. At one point last week Zoom, hitherto used almost exclusively by business customers, was second only to TikTok in Apple’s App Store chart

Today, 96% of UK homes have broadband internet connection with an average download speed of 54Mbps. That is making it possible for millions of people in office jobs to work from home.

The teleworking phenomenon, predicted for two decades, has at last become a reality – but only because enough of us have the connectivity and digital tools to do our jobs effectively.

From my loft, I can look technology bosses in the United States in the face, or discuss stories with a group of colleagues.

The lockdown is doing immense damage to the economy – but think how much worse it could have been.

As for online shopping, services such as Ocado and Tesco.com had been in operation back then for a few years but accounted for just 3% of retail sales.

They are now around 20% of sales and in recent days we have seen how vital the fleets of delivery vans and drivers have become to the way we live.

Fifteen years ago, before cloud computing made it easier for any business to scale up quickly, online retailers would have faced an even bigger struggle to cope with surging demand than they have this last week.

With millions of children home from school, online education platforms are feeling the strain.

But while there was plenty of talk about “edtech” back in 2005, most of the focus was on improving IT systems within schools rather than introducing remote learning at a time when many children would not have had a computer or a broadband connection at home.

We worry now that the health service does not have access to the technology it needs. But imagine trying to order a prescription or check out the symptoms of coronavirus back in 2005. GP surgeries were not online and the NHS 111 service did not exist, so it would have meant hours waiting on the phone.

As for entertainment, flat-screen televisions were a new development, and high definition was coming, but TVs were not connected to the internet. That meant there were no streaming services, and no possibility of children joining in PE with Joe Wicks or parents taking an online yoga class.

Perhaps they might have dug out a Jane Fonda exercise video and stuck that in the VCR.

Neighbourhood apps such as Nextdoor have proved invaluable in recent weeks, helping communities organise assistance for vulnerable people. Mind you, in my street and many others, kindly neighbours put leaflets through every door offering help – community spirit does not have to rely on the latest technology.

There has been much concern in recent years about what smartphones and social media are doing to our way of life. We are told that online friends are not real friends, that there is no substitute for face-to-face contact, and that staring at screens all day is bad for our health.

But we may emerge from this crisis with a new appreciation for these technology tools, which can be extremely useful – and even life-saving – if used wisely.