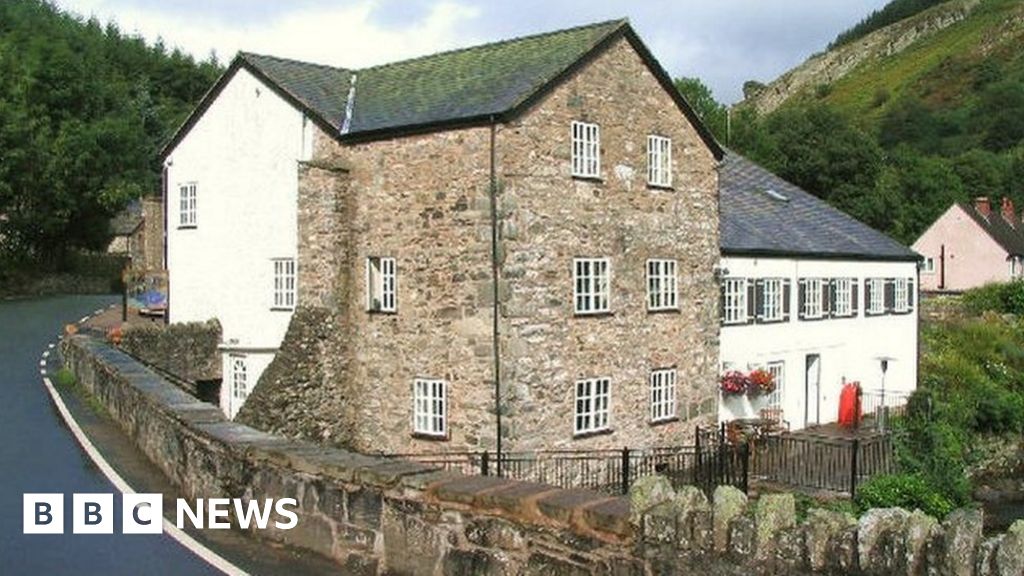 Residents of a rural village say they feel “cut off” during lockdown due to their slow broadband speeds.

People in Pandy, Wrexham, in the Ceiriog Valley, say they typically get broadband speeds of 1MB or less, have limited mobile phone signal and no 4G.

Resident Alison Bendall said it was “very frustrating” she could not video call her grandchildren.

The Welsh Government said £200m had been spent and called on Westminster to do more.

Data usage across the UK has seen a huge surge since the coronavirus lockdown came into effect, but not necessarily in Pandy.

Mrs Bendall said: “We don’t have any terrestrial television. We don’t have a proper mobile phone signal at all. So, we’re a bit cut off really, without the internet.

She works as a school-based counsellor for Denbighshire council and said it was also difficult communicating effectively with vulnerable children and young people.

“It would be lovely to be able to see them, for them to see me and to have a good internet connection so that we can carry on our counselling, albeit on lockdown, but offer them the support that they need.”

She said people in the area knew it was their choice to live in a rural location, but said other parts of the valley had been connected to faster fibre broadband speeds.

“It’s just this small area where BT have just left us really,” she said.

One of her neighbours, Bob Savage, is a cheese-making expert who normally travels frequently abroad, but is trying to work from home in the village, near Llangollen.

“This morning I was running a meeting between Sweden, Denmark and the Netherlands… and it’s freezing, and I get a little message box in the corner saying ‘poor network quality, try switching to another network,’ and really there isn’t another network,” he said.

Mr Savage said that, because people struggle in the area to receive terrestrial TV as well as FM radio, it was more “essential to have a good broadband signal so that we can reliably communicate in the 21st Century”.

“You can’t rely on it. You don’t know how long it’s going to be off, because it phases here.”

She said lockdown had made the situation “much worse because most people are enjoying social media, keeping in touch with everybody, seeing their family… we can’t do that because you can connect, but then it will just knock you out”.

According to BT Openreach, superfast broadband has been made available to 1.3 million Welsh homes and businesses in the last five years, including in rural and remote areas.

The Welsh Government said telecommunications was not devolved to Wales and “left to commercial companies, there would be no fast broadband connections outside the main cities”.

It pointed to £200m it had spent on rolling out superfast broadband and other schemes it had put in place, which had seen total coverage reach 95% of premises.

A spokesman said: “It is essential that the UK government looks carefully at places like Pandy and ensures that its recently announced investments in full-fibre broadband and mobile connectivity is heavily focussed on Wales.”