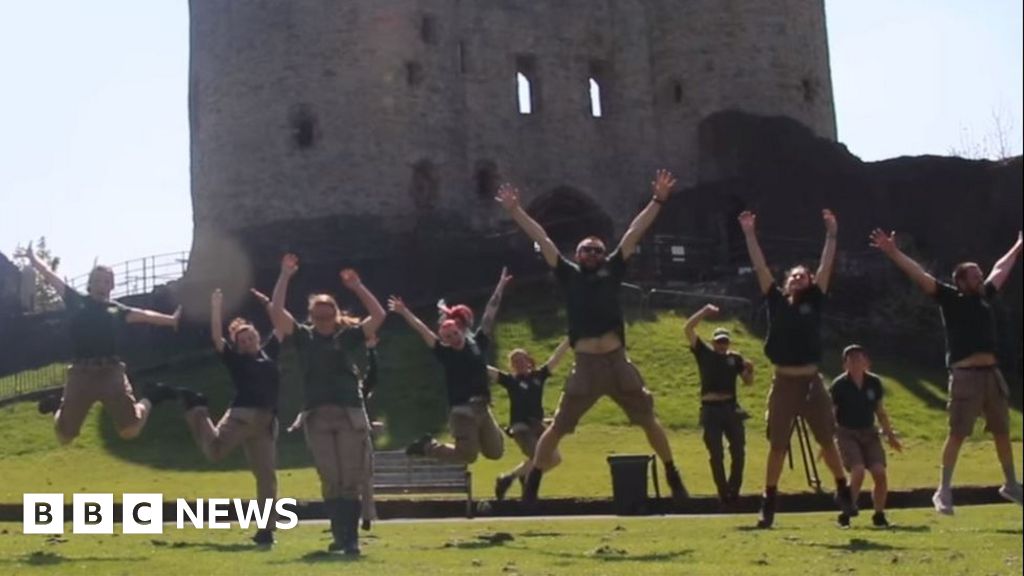 Zookeepers are finding a new way to keep their spirits up amid the coronavirus lockdown measures.

While visitors are told to stay away from zoos, staff are continuing to muck out and feed the animals they care for.

However, there is now a new item on their to-do list – dancing. And it’s no funky chicken.

The contest to show off their moves is part of a trending TikTok challenge that involves dancing to Blinding Lights, by The Weeknd.

Folly Farm in Tenby, Pembrokeshire, is among those competing after one of their keepers posted a short video on the social media app.

“It’s quieter without the public, but morale is high,” said Catrin Thomas, who looks after the penguins.

“We sort of winged it with the dance. It was a really good positive thing to do, especially for people who live alone and can’t visit their family to get involved.”

“The zoo community is quite close, so we’ve had a good response from the other zoos.”

And far from being just a bit of fun, the challenge has become a way for staff to raise spirits amid the lockdown, employees said.

Many of the UK’s zoos have been forced to fundraise because they normally rely on entry ticket sales to pay and feed their animals.

“We’re a family run business and the owners are working really hard to keep up the morale of our staff so are behind anything like this that raises a smile amongst the zoo community and our fans,” said head of marketing Zoe Wright.

Staff at Dudley Zoo, in the West Midlands, accepted Folly Farm’s nomination to show off their footwork.

“It was really nice making the video, obviously sticking to social distancing rules, but it was good for the workers to be outside together having a bit of fun,” said keeper Jodie Dryden.

Longleat Safari Park is among other zoos and wildlife parks to have accepted the challenge, which has now reached as far as Cleland Wildlife Park in Adelaide, Australia.

In a Facebook post responding to the challenge, and challenging three further zoos to try and beat them, Longleat said: “But did you know our keepers could do THIS…!”

🔉 But did you know our keepers could do THIS…!