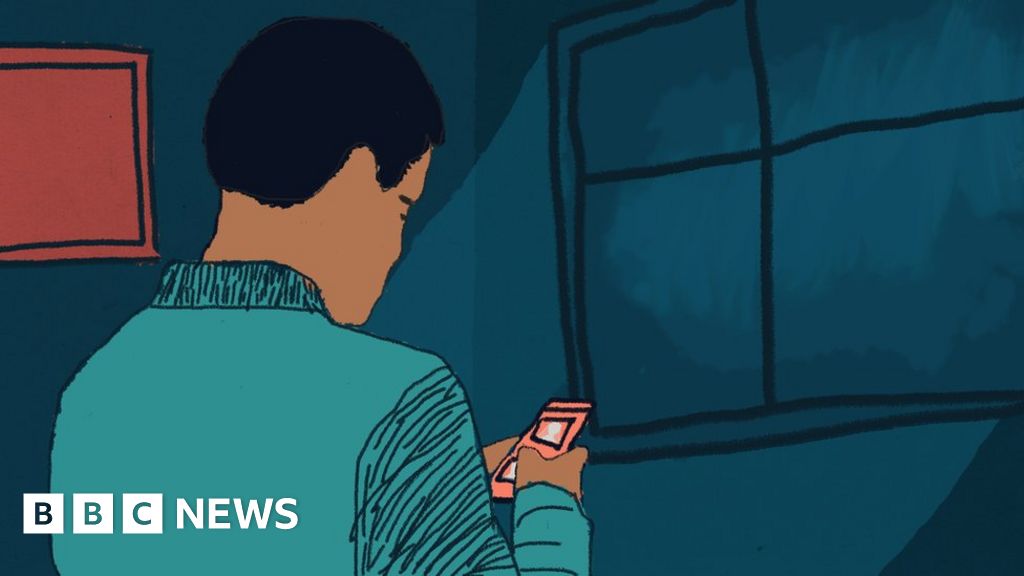 The lockdown has caused a surge in the number of people contacting the Revenge Helpline, the government-funded service for adults experiencing intimate image abuse.

Traffic to the helpline’s website nearly doubled in the week beginning Monday 23 March and more cases were opened in the following four weeks than in any previous four-week period.

Campaigners are calling for extra funding for the helpline, which has only two full-time members of staff, to help it cope with the rising workload.

Intimate image abuse – or the threat of it – is one way an abuser can still impose control even if they are not isolating with their partner or ex-partner.

She attributes the rise in cases of intimate image abuse to “the increased use of the internet and social media, as well as heightened emotions” during lockdown.

Sophie Mortimer, manager of the Revenge Helpline, told the BBC that over half of the cases since lockdown clearly originated in “an abusive or controlling relationship”.

“The level of distress caused shouldn’t be underestimated. We are frequently hearing from people seeking our help that they are they are contemplating suicide or self-harm, the impact of the abuse seems so overwhelming,” she said.

‘More time to be vindictive’

When the messages lit up her phone Ava, 21, immediately started to panic.

One read, “Can’t even get the same satisfaction from leaking your nudes now you’re an actual hoe [whore].”

Surely he was bluffing, she remembers thinking.

“I don’t care what happens to me as long as I ruin your life,” another message read.

It quickly became clear that her ex was enraged by the fact that she was isolating with her new boyfriend, and that his threats to post intimate pictures and videos from their two-year-long relationship had to be taken seriously.

“I just cried hysterically, I felt so sick, I was having a full-on panic attack, I couldn’t breathe,” she says.

Because Ava and her ex work together, she had to inform her manager. She also told her family. “It was absolutely heart-breaking,” she says.

Ava thinks the lockdown has given her ex “more time to be vindictive”.

“I’ve spent my days going through different sites just in case. I’ve just been feeling worthless, it’s made me feel like I just want to disappear.”

The Revenge Helpline opened more than 200 cases in the four weeks from 23 March, and more last week than in any week since 2015, when it came into existence as a consequence of section 33 of the Criminal Justice and Courts Act – the law making intimate image abuse a criminal offence for the first time.

Charities are worried that one effect of the lockdown will be an increase in “sexting” from couples who are not isolating together, which then increases the likelihood of intimate image abuse arising as a result.

Where this affects under-18s, the incident falls under the Sexual Offences Act, and offenders may be guilty of the more serious charge of sharing an indecent image of a minor.

Tink Palmer, CEO of The Marie Collins Foundation, urges parents and guardians not to “victim blame” if their child reveals that they have been the victim of abuse.

“The Revenge Helpline do a fantastic job of assisting victims in getting content off websites and assisting them in emotional support. The helpline itself however deserves much more funding than they currently get – as cases increase funding ought to follow,” said Kate Isaacs, founder of #NotYourPorn, which campaigns for tighter regulation of pornography websites.

‘A steady stream of fresh ’

A week after the UK-wide lockdown was announced, Maya, 25, woke up to an influx of friend requests from men she didn’t know. Her stomach sank, it was happening again.

For the first time since last summer, nudes taken when she was a teenager had been reposted on a well-known website used for intimate image abuse. Her full name and her school were in the captions.

She spotted a message at the top of the website: “We currently have a 24-hour backlog of memberships due to the sheer volume coming in. Keep up the amazing posting everyone… We would like to thank every one of our contributing users for all the effort put in to keep us all a steady stream of fresh to view over the lockdowns that are carrying on all over the world.”

Maya is worried that her pictures will be shared and seen by more people this time, because of the lockdown.

“Every time they come up, I get so worried about someone seeing them, and how that could actually impact my job as a teacher. Now I feel like I have to keep checking it all the time.”

When a website is hosted abroad, police in the UK have little power to help. Instead victims have to go through a complicated process to ask site admins to delete the posts. Maya was shown how to do this by the Revenge Helpline and the images have now been taken down.

The Revenge Helpline said: “The helpline is busier than it has ever been but the service is very much open to offer help, advice and support.”

A Home Office press officer urged any victims of intimate image abuse to report it to the police.

Commenting on the call for the helpline to be given extra funding, the press officer said: “We already provide funding to the National Revenge Helpline and we are in close contact with charities to ensure they bid for the £750m in support announced for the charity sector.”

But manager Sophie Mortimer said she had not yet heard whether the helpline would be entitled to any of the government’s charity support package.

‘I feel safer knowing he won’t come to my house’

Louise’s ex-boyfriend posted intimate pictures and videos of her on Snapchat just before the lockdown – a week after they broke up.

People then sent the 24-year-old screenshots of her ex threatening to “pay someone to rape her” and a voice note in which he vividly described how he would beat her up in the street.

“When it first happened I spiralled hard – I was really suicidal and felt so trapped because I didn’t know what to do,” she says.

“I don’t know if he’s posted them anywhere else, I don’t know whether he’s sold the video to websites. It’s something that’s completely out of my control.”

On 30 March Louise reported him to the police, because the lockdown made her feel safer. “I’ve seen what he gets like when he’s angry and I am really scared of him but I knew because we were in lockdown he wouldn’t come to my house.”

The police said there wasn’t enough evidence to take the case further.

What should you do if you’re a victim of intimate image abuse?

Read more: What to do if you’re a victim of revenge