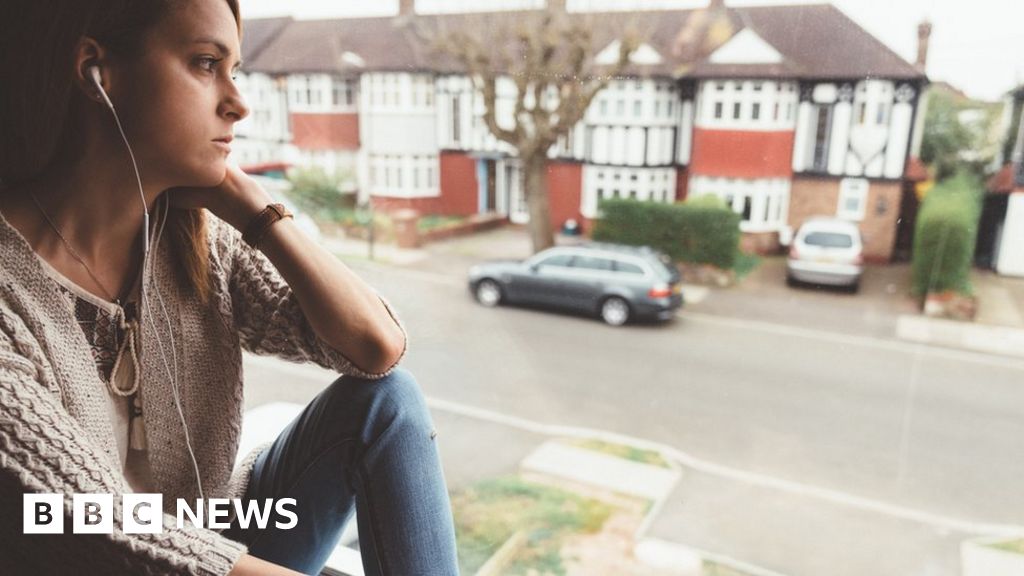 The coronavirus pandemic could have a “profound” effect on people’s mental health – now and in the future, say psychiatrists and psychologists who are calling for urgent research.

Writing in The Lancet Psychiatry, they say smartphones should be used to monitor mental health in real time.

They say support would need to be tailored to specific groups, such as children and frontline health workers.

Surveys suggest anxiety and isolation are already affecting the public.

Twenty-four leading mental-health experts want widespread “moment-to-moment” monitoring of the mental health of the population so that effective tools and support can be designed quickly to help people at home.

“Increased social isolation, loneliness, health anxiety, stress and an economic downturn are a perfect storm to harm people’s mental health and wellbeing,” said Prof Rory O’Connor, one of the paper’s authors, from the University of Glasgow.

He said doing nothing would risk a rise in conditions such as anxiety and depression, and more people turning to alcohol, drugs and , as well as other consequences, such as homelessness.

The paper’s authors said the priorities were to monitor rates of anxiety, depression, self-harm, suicide and other mental-health issues.

Kate King, 57, who has depression, says these are particularly difficult times for people with mental-health conditions.

“Anxiety is a natural response to the situation we are in – I have low-level anxiety all the time.

“You can have waves of it – watching news coverage, thinking about your health and other people…”

But Kate has learnt ways to cope, centring on living for the day – and playing her melodeon (a squeeze box).

“It works for me,” she says. “I can’t go out for coffee so I sit down with people online, or my two daughters, and have one every morning.

“I try to enjoy what I do minute to minute.

“Just going and putting the washing on is something that doesn’t leave you room for worrying around the edges.”

Going out for a walk, however, can feel stressful if there are too many people to avoid – and can make things worse, she says.

Two online surveys, run by the Academy of Medical Sciences and carried out in late March, present a snapshot of the current state of people’s mental health.

One by UK charity MQ, covering more than 2,100 people, including many with mental-health conditions, highlighted their concerns about accessing support and services during the pandemic, as well as the fear that their existing health problems might get worse.

Another, of 1,099 members of the public, revealed worries about the effects of social isolation and financial difficulties created by the response to the crisis.

While a rise in anxiety and stress is expected during the pandemic, the paper says there is a risk that the numbers of people with depression and those self-harming or taking their own lives will increase.

During the Sars epidemic of 2003, for example, there was a 30% increase in suicide in the over-65s, the paper says.

It added that the policies used to manage the pandemic would “inevitably have serious effects on mental health by increasing unemployment, financial insecurity and poverty”.

Who are the most vulnerable groups?

The paper lists eight groups that might experience the pandemic differently from the general population:

“While it is too soon to see the extent of the damage, we are hearing that people are already struggling to access the support they need,” says Paul Farmer, chief executive of Mind.

“Government and services need to understand not only how to support people properly now, but also what the long-term impact is likely to be and the services that will need to be put in place to help people rebuild their lives.”

Mr Farmer said the longer people went without treatment and support, the more unwell they would become.

“The ultimate consequence of this is a rise in self-harm and suicides.”

What is helping people’s mental health and wellbeing?

According to people surveyed:

What about the impact on the brain?

The experts behind the paper say almost nothing is known about the effect of the coronavirus (SARS-CoV-2) on the human nervous system.

But since other coronaviruses have been shown to pass into the central nervous system, the paper recommends more research on the effects of Covid-19 in those areas.

Symptoms linked to the brain in people with the infection have been reported, including headaches, dizziness, loss of smell and taste, muscle pain and weakness, among others.

The researchers say a database should be set up to monitor any psychological or brain effects of Covid-19.