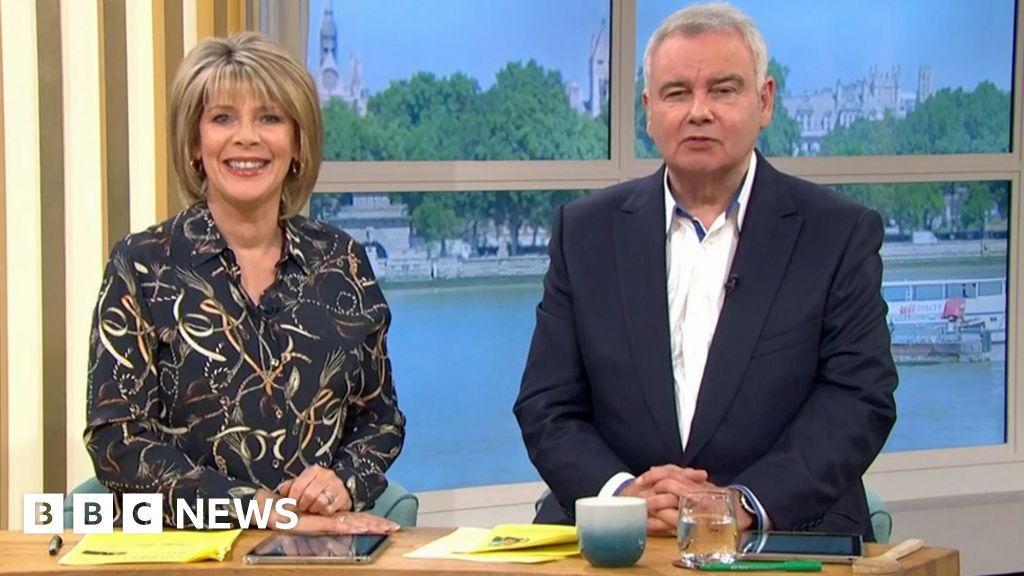 TV regulator Ofcom has said it is assessing comments made by presenter Eamonn Holmes about 5G technology and coronavirus “as a priority”.

The watchdog has received 419 complaints about remarks he made on ITV’s This Morning on Monday.

He cast doubt on media reports refuting the myth that 5G causes the virus “when they don’t know it’s not true”.

On Tuesday he said there’s no link, but that many are “looking for answers and that’s simply what I was trying to do”.

The theory linking coronavirus with 5G – which is used in mobile phone networks and uses signals carried by radio waves – has led a number of phone masts to be set alight or vandalised.

Holmes made his original remarks in a segment with the programme’s consumer editor Alice Beer, who dismissed the theory as “not true and it’s incredibly stupid”.

Holmes told her: “I totally agree with everything you are saying but what I don’t accept is mainstream media immediately slapping that down as not true when they don’t know it’s not true.

“No-one should attack or damage or do anything like that, but it’s very easy to say it is not true because it suits the state narrative. That’s all I would say, as someone with an inquiring mind.”

He was criticised on social media and by scientists who have dismissed the theories as “complete rubbish”.

On Tuesday, an Ofcom spokesperson said: “We are assessing this programme in full as a priority.”

Ofcom assesses all complaints to decide whether to launch a full investigation, and is prioritising cases relating to potentially harmful or inaccurate information about coronavirus.

Speaking on Tuesday’s programme, the presenter told viewers: “I want to clarify some comments that some of you may have misinterpreted from me yesterday, around conspiracy theories and coronavirus and this involved the roll-out of 5G.

“Both Alice Beer and I agreed in a discussion on this very programme on fake news that it’s not true and there is no connection between the present national health emergency and 5G, and to suggest otherwise would be wrong and indeed it could be dangerous.

“Every theory relating to such a connection has been proven to be false and we would like to emphasise that.

“However many people are rightly concerned and are looking for answers and that’s simply what I was trying to do, to impart yesterday.

“But for the avoidance of any doubt I want to make it completely clear there’s no scientific evidence to substantiate any of those 5G theories. I hope that clears that up.”

Responding to the host’s original comments on Monday, Dr Simon Clarke, associate professor in cellular microbiology at the University of Reading, said: “The opinions of the mainstream media or the state hardly come into the debate.

“Numerous doctors and scientists around the world have said that the disease is caused by a virus, something completely different to a mobile phone signal.”

Beer reiterated her view that “the 5G conspiracy theory is nonsense and should be quashed”.

Do keep sending me your “scientific proof” but I’m afraid I am still very much of the opinion that the 5G conspiracy theory is nonsense and should be quashed.

A government spokesperson said: “We are aware of a number of attacks on phone masts and abuse of telecoms engineers apparently inspired by crackpot conspiracy theories circulating online.

“Those responsible for these criminal acts will face the full force of the law.”