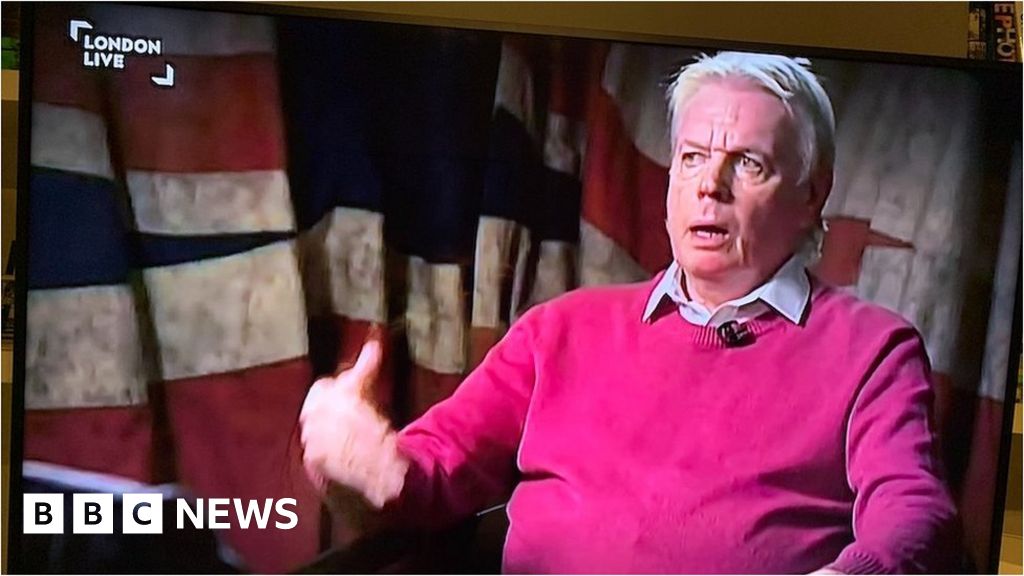 The UK’s media watchdog is looking into a TV network’s broadcast of an interview with conspiracy theorist David Icke about coronavirus.

Ofcom said it was “assessing this programme as a priority”, following London Live’s screening of the programme on Wednesday evening.

It follows YouTube’s introduction of stricter misinformation rules after a later interview with Mr Icke by the same team was streamed on its platform.

The government has expressed concern.

“Clearly that station is regulated by Ofcom. And I would be expecting Ofcom to take appropriate action,” said Culture Secretary Oliver Dowden on BBC Radio 4’s Today programme.

“Clearly they are independent but I will be in touch with them to understand what action they are taking in respect to that.”

A tweet by London Live to promote the programme – produced by an independent company that also offers training services – prompted a backlash ahead of the broadcast.

But Ofcom is able to intervene only after a programme has been broadcast.

And it has now received 19 complaints about the programme from the public.

Last week, the watchdog sanctioned a community radio network for having broadcast a discussion that “contained potentially harmful views about coronavirus”.

“During the current pandemic, it’s important that potentially misleading information about the coronavirus is not broadcast on radio or TV,” Ofcom said at the time.

“This includes inaccurate claims about potential causes, symptoms, and treatments for the virus.”

On Tuesday, YouTube deleted a later interview with Mr Icke – embedded into the production company’s site but hosted on its platform – and announced it would wipe any other videos that also falsely linked Covid-19 to 5G mobile networks.

The production company, however, has since reuploaded this interview to another US-based service – Vimeo – to allow it to continue to be seen.

London Live is owned by the Russian businessman Evgeny Lebedev, who also owns the Evening Standard and Independent newspapers.

It screened a notice during advert breaks, saying the views expressed in the programme were “not necessarily those” of the network and displayed the address of the government’s Covid-19 website.