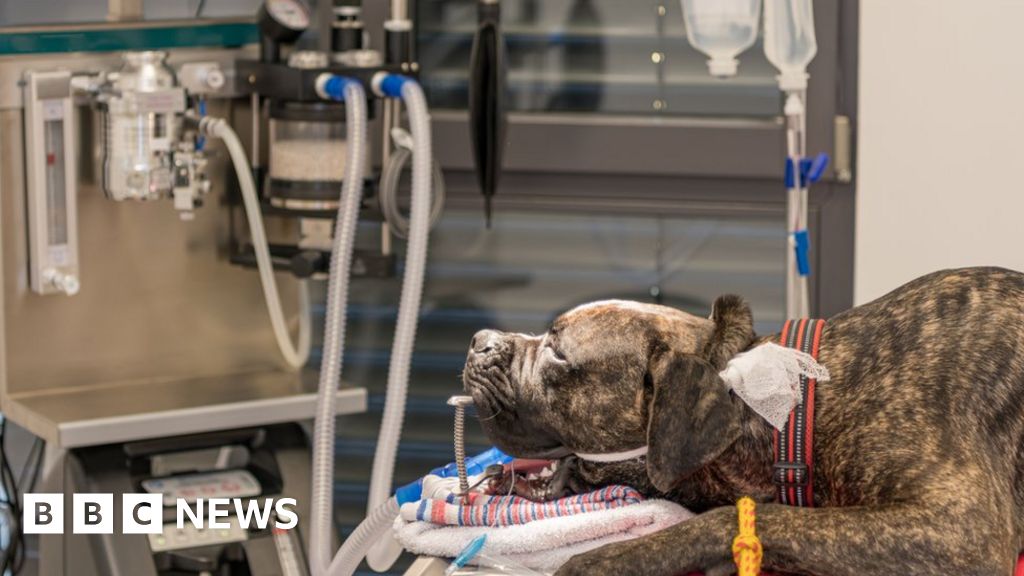 Vets have been asked by the NHS to provide animal ventilators to help tackle an anticipated shortage of the machines for coronavirus patients.

There are an estimated 300-400 animal ventilators currently in use in the UK.

Those designed for animals larger than a dog but smaller than a horse would be suitable for treating people, experts said.

The government said it was “asking the veterinary community to help the country and the NHS”.

The Royal College of Veterinary Surgeons (RCVS) and Association of Veterinary Anaesthetists (AVA) are helping co-ordinate a nationwide stock-take of compatible or modifiable equipment, such as ventilators and oxygen concentrators.

Dr Kathy Murphy, director of Newcastle University’s comparative biology centre and an AVA member, said: “We’re inundated by NHS trusts workers contacting us saying, ‘At the end of the day, if we need this, it is that or the patient dies’.”

Managing Director Keith Simpson said a machine could now be modified in about a day.

“I think they will do a very adequate job,” he said.

“I don’t think they will do it as well, but we’re in a situation where ventilators are really required and this is fitting the bill for 90% of the requirement.”

The Devon-based company said it was trying to reduce production times so it could manufacture up to 50 machines in two months.

Mr Simpson added: “I’ve got a lot of offers of help from all sorts of people so I think we could pull in favours and get people around the county and the country making bits for us.

“We think we could do things much more quickly.”

Kentdale vets in Milnthorpe, Cumbria, said it planned to make its machine available.

Clinical director Simon Roch said there was “no question that we would not offer it”.

“The list of equipment that we’ve offered probably goes into the many tens of thousands of pounds of equipment but there’s a bigger picture,” he said.

Animals are usually only ventilated for an hour or two during operations and this could be done by hand if necessary so they were still cared for, he said.

The Department of Health said it had recently doubled ventilator capacity and “thousands more” were expected. The NHS had access to 8,175 currently and this would increase to more than 13,000, it said.